After the Wedding (Efter brylluppet)

Director Susanne Bier knows how to take familial angst and put it up on the big screen.
By Pie Pal Vickieon April 14, 2007
0 Comments
Our Rating 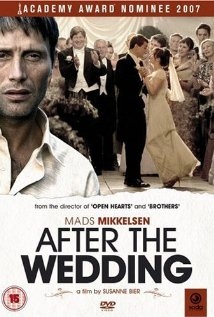 Susanne Bier’s last film, the sublime Brothers, dealt with the repercussions when a woman is forced to choose between two vastly different men. This time, the central figure is a man struggling to decide between living his old life or starting a new one.

Jacob (Mads Mikkelsen) is an aid worker at an orphanage in a Calcutta, and he’s called upon to return to Denmark for business meetings when a wealthy investor expresses interest in making a sizable donation. Jacob doesn’t want to go, but sucks up his distaste for his former home and returns in the name of the children he oversees in India, who desperately need the money he could secure for them. Upon arrival in Copenhagen, Jacob meets Jørgen (Rolf Lassgård), the filthy-rich investor who seems uncertain about where he’d like to drop his cash, and finds himself inexplicably invited to the next-day nuptials of Jørgen’s daughter, Anne (Stine Fischer Christensen). Jacob spends all of thirty seconds at the ceremony before he spots Helene (Sidse Babett Knudsen), the woman whose heart he broke some 20-odd years earlier. Helene also happens to be Jørgen’s wife, Anne’s mother and someone who suddenly has her past thrust back upon her.

What unfolds slowly is a story of past sins, long-standing betrayals, painful secrets and a hero who’s got two equally promising paths he can follow when he reaches a critical fork in the road of his life. It’s a small, intimate film that benefits most from its terrific lead actor…who’s probably best known to North American audiences as that guy who cries blood in Casino Royale. Mikkelsen, who bears more than a passing performance resemblance to Viggo Mortensen, has a quiet intensity that suits the role nicely. His Jacob seems hardened – both by his own past mistakes and the circumstances under which he presently works – and he makes nice transitions from steely tough guy to tender-hearted softie several times in the film. Christensen is also very strong, and only veteran Lassgård makes some curious performance choices that felt a little…just a little…like scenery chewing.

Like Brothers, After the Wedding isn’t a boisterous, explosive drama, but instead a consistently simmering stew of family emotion, with healthy doses of anger, regret, sadness and joy. There’s no huge crescendo or shocking revelation, and the story is told on a fairly even keel. But it’s still very good and very satisfying. 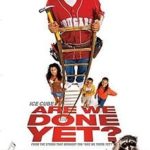 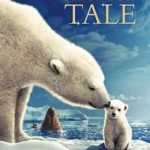