Story comes a very distant second to special effects this time around, as a huge mish-mash of characters fill the screen…
By Vickieon August 3, 2013
0 Comments
Our Rating 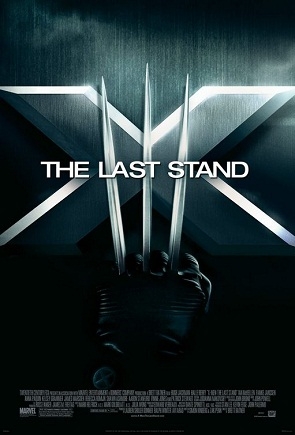 It is with much sadness and regret that I bestow a mere four slices on this latest installment of the X-Men franchise. After the stellar X2: X-Men United, I was so looking forward to another round of action and misadventure from my favorite mutants but, instead, wound up sitting through a flashy, sloppy, hollow spectacle with all the depth of a bad video game and the carnage to match.

Much bellyaching ensued when director Brett Ratner (Rush Hour, After the Sunset) was announced as the successor to Bryan Singer, who helmed the first two X-Men films, and now I see why. Story comes a very distant second to special effects this time around, as a huge mish-mash of characters fill the screen, but none ever get enough screen time to properly establish things like tone, motivation, personality or purpose. In a nutshell, the plot involves the creation of a “cure” for mutants – developed from the DNA of a young mutant (Cameron Bright) whose “power” is stripping other mutants of theirs (oh, the IRONY!) – and a campaign is afoot to vaccinate the population of the Earth. Needless to say, this displeases many, including Charles Xavier (Patrick Stewart) and, to a more extremist degree, Magneto (Ian McKellen).

Meanwhile, and in what becomes the film’s equally significant but colossally confounded and unclear second storyline, Jean Grey (Famke Janssen) is “resurrected” as The Phoenix, a “class five” mutant whose supreme powers defy comprehension (both by her fellow mutants and the audience). Both Magneto and Xavier want her on their side but, naturally, for very different reasons. As all this unfolds, one random (good or evil) mutant after another gets his or her three seconds of fame as they appear in rapid-fire succession through the film: Angel (Ben Foster), a teen (?) with wings; Jubilee (Kea Wong), a guy whose skin erupts in lethal porcupine quills; Callisto (Dania Ramirez, in a performance that feels like Michelle Rodriguez Lite) and her superspeed; the unstoppable force of Juggernaut (Vinnie Jones); Kitty Pryde (Ellen Page), who can travel through solids; a guy the credits refer to as “Multiple Man” (Eric Dane), whose talent is replicating himself; and a freaky, androgynous being whose “gift” can simply be described as The Clap. Oh, and I mustn’t forget the massively inconsequential Beast (Kelsey Grammer), whose addition to the cast was much-ballyhooed, but whose only skill seems to be his impeccable diction and command of the English language.

Yeah, it really is, but who cares? With zero character development, and barely a passing nod from Ratner, none of them merit much notice beyond a quick, “Hey! It’s that guy!” There’s so many of them (with a ton more who don’t actually get dialogue), that keeping track of them all becomes a headache. And with all these newbies populating the screen, veterans like Pyro (Aaronn Stanford), Mystique (Rebecca Romijn), Rogue (Anna Paquin) and Iceman (Shawn Ashmore) are relegated to bit-player status. As for the “stars,” Wolverine (Hugh Jackman) and Storm (Halle Berry) get their share of face time, but aren’t given much material to work with, and it’s hugely obvious which actors signed on for the film under duress or as a result of the bare-minimum adherence to a previously negotiated contract. You can tell some of them are just phoning it in for the paycheck or out of obligation to the fans, and it comes through loud and clear.

There are lots and lots of big, fat, loud battle sequences and explosions and chases crammed into the movie, but they come at the expense of the plot which, especially in X2 drove the action. This time, the action overpowers everything else and leaves nothing but destruction, dissatisfaction and disappointment in its wake. Some mutants are cured and some are killed outright, but the door for yet another sequel is left open at the very end (stay until after the very end of the end credits). On behalf of everyone who loved the first two X-Men movies and who will likely be let down in a big way by this one, I implore you, Hollywood Decisionmakers: if you’re going to continue along this sucky path, please just let the film franchise die quietly now. 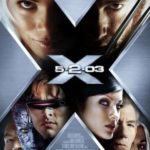 PreviousX2: X-Men UnitedNextThe Lord of the Rings: The Fellowship of the Ring 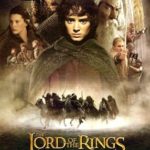