If you’re up for 81 minutes of silliness and noise, Air Guitar Nation will hit the spot.
By Jenniferon March 5, 2009
0 Comments
Our Rating 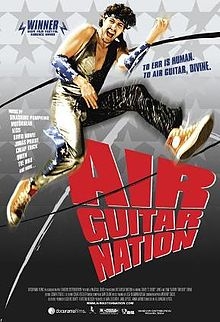 I enjoy a good documentary as much as the next girl, but somehow I just wasn’t feeling Air Guitar Nation. I blame myself. It’s a noisy, cheerful look into the U.S. Air Guitar Championships and the lives of its participants. If that’s your bag, then this is the DVD for you.

Watch as C. Diddy (David Jung) battles for the national title in a red cape and freaky Hello Kitty breastplate. Will he be defeated by Bjorn Turoque (Dan Crane)? Can you even stand the anticipation?! Frankly, I kind of could, but it is pretty fun watching the contestants pursue their goal with the earnestness of spelling bee participants.

Parents and grandparents are enlisted to cheer the competitors on, and no one seems to mind that playing air guitar is sort of the antithesis of having a real skill. It’s all about flair, spirit, and the ability to rock…to someone else’s music. Brian May of Queen appears as a judge, and the whole affair is treated with absolute legitimacy. Even the most cynical viewer would have to admit that the whole thing is pretty cute, not to mention good clean fun.

Who can resist a cast of wannabe rockers dolling themselves up with fake blood, outrageous costumes, and full make-up? The preparations backstage are more fun than Halloween night, and you’ve got to admire the spunk of a good air guitarist. If you’re up for 81 minutes of silliness and noise, Air Guitar Nation will hit the spot.

Extra features include behind-the-scenes footage, additional air guitar performances, “Where are they now?” updates, deleted scenes, and the theatrical trailer. 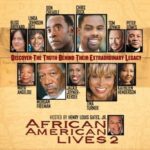 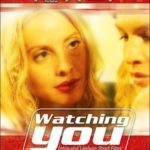