I remember Heidi’s Song as one of those movies I was insanely excited to watch, that soon just left me feeling insane.
By Jenniferon September 23, 2012
0 Comments
Our Rating 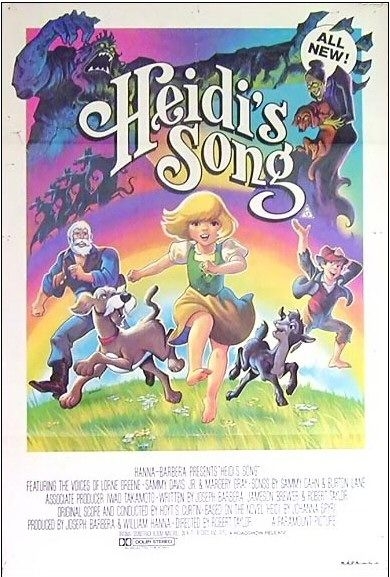 Like all animated films of the 1980s, Hanna Barbera’s Heidi’s Song is a striking blend of adorable idyllic adventures and mind-bending psychedelia. I can only think that a generation of animators who experimented heavily with hallucinogens came into their own during this era, because tripped-out dream sequences were more common than they had a right to be. I remember Heidi’s Song as one of those movies I was insanely excited to watch, that soon just left me feeling insane.

At heart, Heidi’s Song is a sweet rendering of Johanna Spyri’s classic children’s novel. An orphaned girl with a heart of gold goes to live with her gruff grandfather in the mountains. She quickly endears herself to him, his goat herder Peter, and all of the mountain creatures, but fate has other plans: Grandpa is injured by a falling tree and soon Heidi’s witchy aunt is dragging her off to the city to keep a little crippled girl company. Though she loves her friend and brings sunshine into the hearts of all she meets, Heidi faces cruelty and adversity at every turn. Nothing like being locked in a cellar with sinister singing rats to put you in your place, especially if the leader is voiced by Sammy Davis Junior!

Regardless of the hardships she endures, Heidi prizes kindness and friendship above all else. Good triumphs over evil and little Heidi (who really is the cutest thing since kittens) soon finds herself twirling in her beloved grandfather’s arms again. It’s a lovely story, but random musical numbers and the aforementioned dream sequences spoil the continuity. One minute you’re frolicking with baby goats and friendly owls, the next you’re swirling toward madness with some sort of magical creatures Grandpa calls kobolds. It’s unsettling to watch as an adult and I remember being creeped out by the uneven tone as a kid. Even so, it’s a fun slice of nostalgia and animation history. 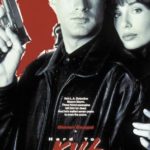 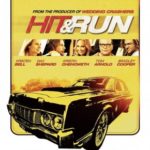