All Quiet on the Western Front was the third movie to win the Academy Award for Best Picture. Though the film is over 70 years old, and was made before many of the major wars of the 20th century, it still retains a surprising amount of power.
By Lindaon January 14, 2007
0 Comments
Our Rating 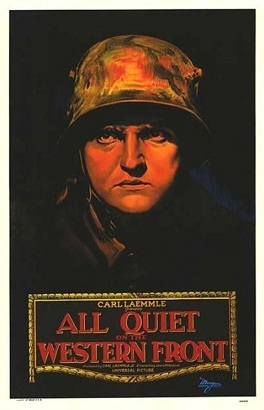 The story follows a group of young Germans who, swept up in a tide of patriotism, join the military to fight for the fatherland in World War I. It is first unclear whom the story is going to follow, but a good ways into the film we start to pick out Paul, a young man who tries to keep his spirit despite the horrible things that he has witnessed on the battlegrounds. As the film progresses, his friends and comrades are picked off one by one, until hardly anyone from his original company is alive except him.

The battle scenes in this film are surprisingly effective and chaotic, leaving the viewer wondering if an entire studio lot was blown up in order to create this film. During gunfights, the camera angle is often low, as though it were a rifle peeking above the foxhole, or else the shot pans speedily from left to right, like a spray of bullets from a machine gun, showing soldiers running toward the camera only to be felled like targets at a rifle range. These battle scenes, and especially an extended sequence of Paul trapped for days in a bomb crater with a dead enemy soldier are timeless and harrowing.

But it was the battle scenes that made this film watchable. Other than a couple well-done scenes, like the great opening sequence of the boys being brainwashed into joining the army, or a wonderful scene of a group of soldiers flirting with French girls, many of the non-fight sequences fell flat for me. Part of the reason was the actor playing Paul: Lew Ayres. Many of his lines came across in a corny aw-shucks way, like, “Say, that’s swell! Thanks for saving my life! You betcha!” He became annoying quite quickly, which is unfortunate because he is the movie’s focus.

And it didn’t help the pacing for me when I realized that there was a typo on the video cover: it said the film was 103 minutes long, when in fact it was 130. For the last half hour, I kept expecting it to wrap up any minute, wondering why it was dragging out. Other than those complaints, All Quiet on the Western Front is surprisingly timeless, and refreshing in that it is a universal story about the meaningless of war, with no good guys or bad guys. 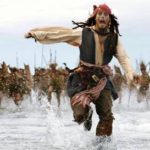 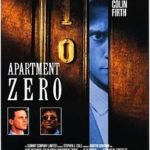