All the Money in the World

Though All the Money in the World comes with its own sensational backstage drama, the cinematic result is is a gripping thriller led by the terrific Michelle Williams.
By Lindaon December 21, 2017
0 Comments
Our Rating 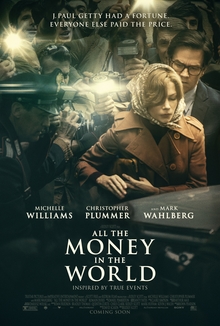 All the Money in the World was barely on the pop-culture radar (a violent kidnapping movie coming out at Christmas? how cheerful!), but the news cycle of the last few months gave it an unwitting publicity. What was basically a finished film (raise your hand if you saw trailers a couple months ago) had a major role abruptly recast (revealed-creeper Kevin Spacey booted for Christopher Plummer), scenes reshot, and the final film re-edited all within two weeks, astonishingly only bumping the release date by three days. What is more of a Christmas miracle for director Ridley Scott is that the final movie is a solid thriller despite all the background drama.

Based on true events, the film takes place in 1973 as a young American is grabbed off the streets in Rome, and held for ransom. What makes this kidnapping globally newsworthy is that young Paul Getty (Charlie Plummer) is the grandson of one John Paul Getty (Christopher Plummer), and the ransom demanded is a whopping $17 million dollars. At the time, young Paul explains in voiceover, his grandfather was not only the richest man in the world, due to his oil fortune, but also the richest man in the history of the world. When you hear that, it is almost surprising to think that snatching heirs off the street isn’t more common.

But what the kidnappers (led by the slowly sympathetic Romain Duris) don’t know is that Grandpa Getty is the most miserly rich man is the history of money-grubbing tightasses, and that young Paul’s mom Gail (the excellent Michelle Williams) has been divorced from his drug-addicted washout son JPG II. Grandpa Getty doesn’t have much sympathy for that branch of the family, and to everyone’s astonishment refuses to pay any ransom for the teenage boy who bears his name.

The movie really belongs to Michelle Williams, whose Gail never breaks down in cinematic sobs, and who protects her brood and dignity with steely New England reserve. Mark Wahlberg is solid, if a little out of place as Getty’s security advisor (and ex-CIA agent) who seems to take the kidnapping a little more seriously than his own boss. And Chris Plummer? Well, of course he is a pro. Showing up at the 11th hour (more like 11:59) to re-create a major character in just 9 days of filming is impressive if not amazing. Instantly you forget what Spacey’s take may have been on the role, because, well, Plummer is of course great… and I would imagine a better fit.

All the Money in the World is “inspired by true events” (there are a few plot points that seem overly cinematic), but the core of the story is astonishing, appalling and true. If you know nothing about the case or the family, you are in for a gripping ride. 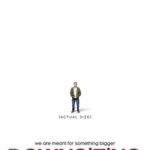 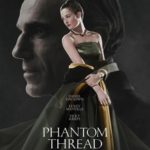