It should come as no surprise that the star of writer-director Paul Thomas Anderson’s period drama about a finicky dressmaker in 1950s London is… the fashion. And, I suppose, the art direction. Yes, yes, this is rumored to be Daniel Day-Lewis’ final film before a self-imposed retirement, so all eyes should theoretically be on him, but (for me) the movie is actually more a case of the clothes making the man and the movie.

And while Phantom Thread is certainly visually sumptuous, its storytelling is comparatively wanting, and its lead character decidedly unsympathetic. 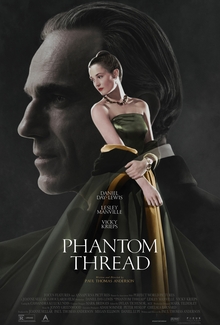 In the film, Day-Lewis is Reynolds Woodcock, a skilled and sought-after designer of women’s gowns, who’s as rigid and regimented as he is revered. Reynolds is not a particularly likeable fellow: he’s gruff and dismissive and self-important, not to mention being the better side of 50, yet women – presumably desperate to have him dress them – swoon at his feet. The only one immune to the lure of his talents is his icy sister Cyril (the fabulous Lesley Manville), who helps run his business but doesn’t suffer fools and can cut Reynolds to the quick with one razor-sharp comment.

Into their lives stumbles Alma (Vicky Krieps), a waitress who catches Reynolds’ eye and quickly becomes part of his life. At first, everything seems rosy – he uses her as a human dress form, draping outfit after outfit and growing closer to her (literally and figuratively) with every stitch. Thing is, he’s also kind of a jerk, and it soon becomes obvious that Alma might just be the latest creative muse to fall into his distinct pattern (get it???) when it comes to relationships.

The push and pull between them then begins, and makes up the latter half of the film. At first, it’s unclear whether Alma is truly in love with Reynolds or merely scheming to bring about his downfall. And his interest in her is equally confusing: she’s bothersome, but he won’t dump her as he has all those who came before. This ambiguous nature of their “romance” is ultimately what pulled me out of the story, because I kept wondering why a seemingly smart and beautiful woman would stay with a prickly asshat. The longer she stayed, the more I wondered. Eventually, the film revealed the symbiotic nature of the pair’s relationship, but by then I had lost interest completely.

Performance-wise, Day-Lewis is strong, which is unsurprising, but not particularly memorable. Manville, on the other hand, is riveting. Her supporting character is the film’s least explored but most fascinating. I could have done with a little less Alma and a lot more Cyril, to be honest. For her part, Krieps is best when Alma is asserting herself and/or control, but far less interesting when she slips into the infatuated-admirer role. High marks go to costume designer Mark Bridges and production designer Mark Tildesley, though, for their seamless work recreating the look and feel of the era. As I say, their contributions elevate the entire production.

In the end, the film is a measured and sometimes tedious character study that feels a bit long – in my opinion, could easily have been about 20 minutes shorter. Phantom Thread falls squarely into the Serious Films camp, and will no doubt find itself an enthusiastic audience as it unspools across the country. I just wasn’t as swept away by Reynolds’ life and work as everyone else on screen clearly is. 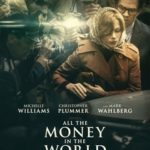 PreviousAll the Money in the WorldNextI, Tonya 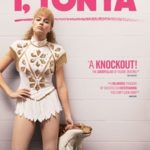