For armchair travelers only, this doc is too slight for true enthusiasts. 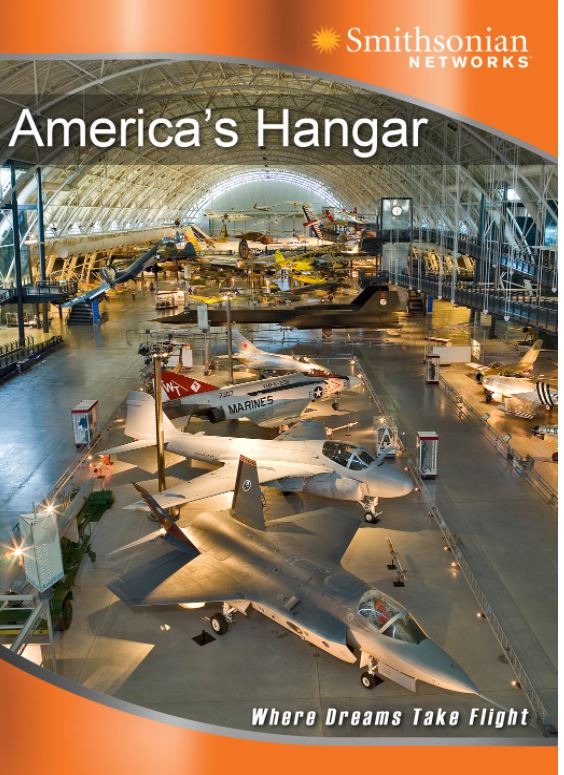 America’s Hangar serves as an introduction—really a very surface introduction—to the most popular branch of the United States’ most popular museum: Smithsonian’s National Air & Space Museum. Clocking in at just under an hour, America’s Hangar probably would work best as a souvenir of the museum, or a way for an armchair traveler to get a good introduction. If you are an air and space enthusiast, however, you will most likely learn nothing new here, as this doc just barely scratches the surface of the topic.

The modern National Air & Space Museum was founded by a man who saw the Wright Brothers’ test flights when he was a boy. The Smithsonian Museum was established in the late 1800s in Washington, DC, and it’s first air-related acquisition was a Chinese kite. By the time Charles Lindbergh flew his famed Spirit of St. Louis plane solo across the Atlantic, the Smithsonian was famous and respected enough that he promised his already-famous plane to the museum while still in flight. “You can have it when I’m done with it.”

But it wasn’t until the 1960s that the Air & Space Museum had its own home on the National Mall in Washington, DC. Opening in 1966, the museum featured astronaut Alan Shepherd’s space capsule from the United States’ first manned trip into space. Immediately a sensation from the first year it was open and onward, the Air & Space Museum became the most visited museum in the world.

In addition to its summary of the main, and most famous part of the museum, America’s Hangar also highlights the Garber Preservation, Restoration & Storage Facility eight miles from the Mall. This facility was created in the 1950s to save WWII planes that were deteriorating despite having been donated. This is where the doc gets interesting, as it shows us a peek beyond what the public gets to see. In addition to working on preservation projects, the Garber Facility also a serves as a storage unit for things not displayed, including 65 space suits—from Alan Shepard’s, to the perfectly clean suits from the ill-fated Apollo 13 mission, to a suit that still has moon dust on it. As for restoration, the biggest project that the museum undertook was restoring the infamous B-29 Enola Gay that dropped the atomic bomb on Hiroshima. The finished job allowed the plane to be assembled and on display for the first time in over 40 years.

The newest branch of the museum is the Udvar-Hazy Center, aka The Hangar (next to Dulles Airport), that contains 130 aircraft and 300,000 square feet of display space. It’s interesting to hear explanations of the tricks that are needed to hang actual, huge aircraft from the ceiling of the building, as well as the problem of jostling and scooting huge planes, like the Concorde, into the building. The heaviest craft on display is the Space Shuttle Enterprise, which was used for gliding tests, but was never equipped to actually make it to space.

Overall, America’s Hangar is at its best when it delves a little deeper. Otherwise, it comes across as a pleasant video display you might encounter at a museum theater. It will be pleasing for those who don’t need to know more, but will barely scratch the itch of true enthusiasts.