The story may involve Inuits in puffy parkas on barren, icy tundra, but The Fast Runner plot is a Shakespearean epic of good vs evil.
By Lindaon July 30, 2002
0 Comments
Our Rating 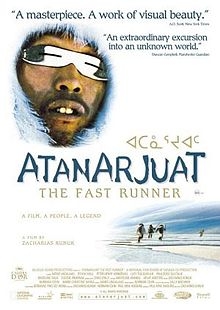 It’s not often these days in movies when you can genuinely say, “Well, I’ve never seen THAT before!” The Fast Runner, the first major film shot entirely in the Inuit language (that would be north, north, north Canada, for those of you rusty on native peoples) contains at least one such scene. A man is chased by bad guys. Except these bad guys are wearing puffy fuzzy parkas and pants, and the poor guy they’re after is completely naked. He runs across the ice. And runs. And runs. And runs. The completely flat horizon of the ice shelf stretches on forever, and the poor guy keeps going, running for his dear life, until he is a speck in the distance. And while watching, your mouth falls agape as you can’t help but wonder, “Where is he going?”

Visually stunning, The Fast Runner shows us a land that we’ve never really seen before, at least used in such epic, dramatic ways. Set in a timeless period, we meet a small tribe of Inuits. An introductory scene sets the backdrop of the story, when one bad fella is overtaken by evil forces that threaten to curse the tribe. Just when you start to think you may be trapped in a three-hour Nanook of the North, the story jumps forward 20 or so years, and we meet the next generation frolicking around in their fuzzy clothes and cavorting on their dog sleds.

Atanarjuat (Natar Ungalaaq), also known as the Fast Runner, and his brother Amaqjuaq (Pakkak Innushuk) are inseparable, good guys that are good hunters and good men. Atanarjuat has his eye on the pretty and sweet Atuat (Sylvia Ivalu), but unfortunately for both of them, she has been promised at birth to Oki (Peter-Henry Arnatsiaq) who is, needless to say, a bit of an asshole. Oki throws temper tantrums, kicks his dogs, and picks fights. So he picks a fight with Atanarjuat, challenging him over who gets to marry Atuat. And Oki loses. This sets the mood for the rest of the film, as Oki is really pissed off over this humiliation. He and his group of thugs, including his vixen sister Puja (Lucy Tulugarjuk), have a score to settle with Atanarjuat.

Despite the tongue-twister names, and the initially interchangeable faces of the actors, The Fast Runner, you realize quickly, is a classic epic of good and evil. In fact, it is downright Shakespearean in scale. The bad guys are hissingly evil, the good guys get all the bad breaks, and the women are beautiful and as smart and manipulative as any of the men. Sylvia Ivalu, as the strong and sweet Atuat, is basically the equivalent of Melanie from Gone With the Wind… in other words, she’s a saint. Lucy Tulugarjuk’s Puja has completely shameless intentions but a wicked smile the melts weak men. Natar Ungalaaq is strong and handsome, and a fine lead to root for, while Peter-Henry Arnatsiaq’s Oki seethes with cruelty and more than a hint of desperation.

Clocking in at a hefty three hours, The Fast Runner only feels not-so-fast at the beginning, as the tribe’s past is being set up. Once the main bulk of the story gets moving though, the film flies by, and chances are you won’t look at your watch until the closing credits. This film has it all: love, sex, murder, betrayal, and revenge—not to some mention igloo-building, and the tanning of seal hides. If you’re tired of the mainstream regurgitated action flicks that Hollywood spews out, The Fast Runner is a refreshing alternative. 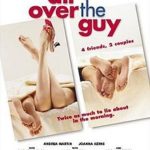 PreviousAll Over the GuyNextMoonlight Mile 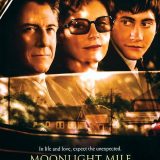