All Over the Guy

All Over the Guy is about 45 minutes too long. And that is unfortunate, because the film clocks in at only an hour and a half.
By Lindaon July 29, 2002
0 Comments
Our Rating 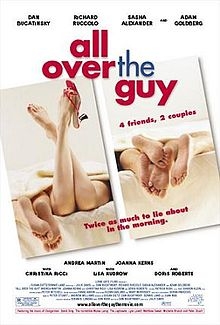 Modern gay romantic comedies seem to walk a thin line between pretty good (but not great) and utter crap. And unfortunately most of them are crap. That’s true, of course, of mainstream straight romances, too, but you don’t see mainstream audiences heaping support and praise all over garbage in the genre, regardless of quality. On that note, All Over the Guy is about 45 minutes too long. And that is unfortunate, because the film clocks in at only an hour and a half.

The best friends of two gay men try to set the boys up, as an excuse to get together themselves. Too bad that the straight couple, at least scene-stealer Adam Goldberg, is much more interesting than the tiresome, bickering, then sleeping together, then bickering, and so forth gay couple Eli and Tom (Dan Bucatinsky and Richard Ruccolo). But, you see, Eli and Tom are Flawed, they have Problems to work out, but truly they are really Meant For Each Other.

If I was trapped in the same room with Eli and Tom for any length of time I’d probably go postal. They are both so wishy-washy and whiny that I found myself wishing that they would take their discussions to the far corner of the room and continue in fervent low whispers while I looked at something more interesting on the screen, like, I don’t know, the “buttercup” chaise lounge or something.

But I will say that after sitting through All Over the Guy, my friends and I all decided that we’d date Adam Goldberg in a second. 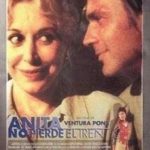 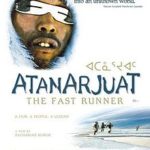