That girl thinks she’s the queen of the neighborhood. Well, I’ve got news for you: SHE IS!
By Lindaon December 6, 2013
0 Comments
Our Rating 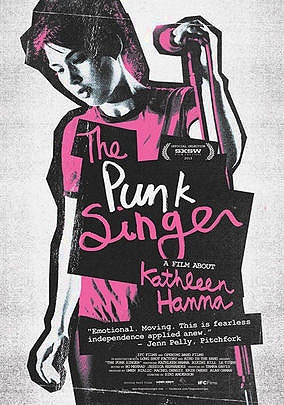 Musically, I sure was in the right place at the right. In the Northwest in the late 80s/early 90s, bands were brewing. I remember taking a break from dorm cleaning at The Evergreen State College in Olympia, Washington and going to see whoever was performing at the North Shore Surf Club (a goofy club with fake palm trees among other sad decorations). A band called Bikini Kill was playing, and my roommate and I were among the sparse dozen or so in the audience. They had only a handful of songs and could barely play their instruments. But when the singer sang, “Suck my left one!” and defiantly grabbed her breast, we were agog.

The Punk Singer chronicles Bikini Kill’s Kathleen Hanna, from her spoken word performances at Evergreen, to the being one of the figureheads of the Riot Grrrl movement, to her mysterious disappearance from the music scene in 2005 when she walked away from her popular dance band Le Tigre. What happened after that? The answer is surprising… even more so considering she was so outspoken in her heyday that her silence the last few years was so head scratching.

The film has a bunch of great footage of Bikini Kill, with Hanna pogoing around on stage in the early 90s, with “SLUT” written across her bare midriff. I remember that a mainstay of their shows was the call of “Girls to the front!”, which was a fabulously empowering statement in the era of swaggering grunge and alternative-boy music crowds. Kathleen Hanna is interviewed throughout, as well as the likes of Joan Jett, Corin Tucker and Carrie Brownstein of Sleater-Kinney, and Kim Gordon, as well as other peers from the era (gawd, that statement makes me feel old). Also prominently featured is Beastie Boy Adam Horovitz, whom Hanna has been with since 1996 (and who seems like a really great partner for her).

If anything, the interviews are basically a one-sided love-fest among friends and admirers. Considering how controversial–and to some, hated–she was at the time, the film is begging for an interview with, say, Courtney Love to explain why she famously punched Hanna in the snout at Lollapalooza in 1995.

At about 2/3rds through the film, the tone of The Punk Singer shifts from the profile of a musician, to a moving profile of a sick woman who was desperately trying to figure out what was causing a series of alarming ailments that prevented her from performing. Is it silly to call it a spoiler by naming the diagnosis? Instead, let’s just say that The Punk Singer eventually becomes as kind of a comeback story, culminating in Hanna being able to attend and perform at a tribute show in her honor in 2010.  Kathleen, you rebel girl, we’re glad you’re back! 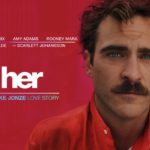