Twilight fans will love and hate the adaptation of the teen vampire romance, making it a review-proof monster hit.
By Lindaon November 28, 2008
0 Comments
Our Rating 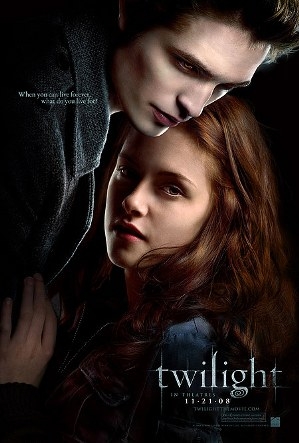 I went to see Twilight on opening weekend with a group of fans (all adults… and yes, both men and women), and expectations were simultaneously high (just from the thrill of seeing the film after months and months of hype), and low (well, we weren’t expecting it to be brilliant, honestly… how could any film live up to that anticipation?). What was the final verdict (which was debated for two hours over margaritas afterwards)? We all agreed that the film lagged in parts, sped up too fast in other parts, and overall left chunks of plot-enhancing information out for those who had not read the book. Our group’s one Twilight-virgin friend fled after the closing credits to avoid the intense discussion to follow—he thought the film was generally OK, but says he needs to read the book to see what the fuss is all about. Apparently, for non-fans, fuss is not to be found in the movie version.

For those of you that have been living in a cave deep in the woods without sunlight for the past year, Twilight is a love story between a teenage girl and a sort-of teenage vampire. Bella (Kristen Stewart) moves from Phoenix (where her mom has a new husband) to live with her small-town police chief dad Charlie (Billy Burke) in Forks, Washington. Forks, we learn, is the wettest town in the United States, where the light is always a dim bluish-grey, and the towering evergreen trees keep the sunlight mostly hidden when it deigns to peek from the ever-present rain clouds. But that’s fine with Bella. She is, after all, kind of pale.

Bella seems to be instantly popular at her new high school (the supporting cast who play her classmates are all spot-on great), except with her lab partner in her biology class. This pale and devastatingly handsome guy Edward Cullen (Robert Pattinson) glares at her when she sits down, and looks like he wants to physically gag in her presence (nice!). He disappears from school for a few days, then comes back and tries to play nice with Bella. Whatever. She can’t understand his interest in her, and gets even more suspicious when he saves her in the school parking lot from a careening van. How did he get to her so fast? Wasn’t he way over on the other side of the lot? He says he feels protective of her, but at the same time can barely stand to be near her because, well, she smells so good. To a bloodsucker, that is.

Bella is not too shocked to learn that Edward the hottie is a vampire, and he tells her that even though he and his “family” (of beautiful vampires) the Cullens are “vegetarians” (eating only animals for blood), that she still has to be careful. He is dangerous, and is known to growl. Hm.

In the meantime, a series of murders are occurring on the peninsula. Unlike the townsfolk, we as viewers know that it is not a wild animal killing these people (taking much of the suspense from the book and flinging it out the window), but it is in fact a small group of vampires that have wandered into the Cullens territory. And when these vampires find out that Edward (with the help of his family), is harboring some flesh and blood as his sweetie, well, they are understandably not too pleased.

As a film, Twilight‘s pacing is all over the place. The first half of the film drags, hanging on mood, dim lighting, intense glances, and constant rain. Even though it takes its time for Bella to suddenly profess her love to Edward, it still seems to come out of nowhere when it finally happens. Sure, Ed took her on a run through the woods and showed her his sparkly vampire skin (that merely looked like he had spent the night at a rave), but when she proclaims him to be the end-all be-all of her existence, it comes across as a head-scratcher, even for a passionate teen. Then the second act seems too rushed. The film suddenly wants to be a thriller, but there hasn’t been enough development of who these rogue vampires are, and why they are there in the first place. Plus, the film is surprisingly bloodless for a movie about bloodsuckers. The biggest threat seems to be that they will kick your ass with their super-strength rather than, you know, suck the lifeforce right from your body. There’s an an abrupt, violent climax, then a teaser for the inevitable sequel.

It is hard to complain, though, about Stewart and Pattinson in the lead roles. Stewart, as we’ve seen in other films like Into the Wild and Panic Room, is a fine young actress, and Pattinson does fit the part of a handsome, troubled and tortured vampire suitor (even though it seems they start to run out of pale pancake makeup toward the end of the movie). It is not their fault that their romance is kind of dull. What made the book so fun is that Bella was clearly a klutz and kind of a dork. Edward acknowledged this playfully, and, like teens, they actually seemed to be having some fun when they were together. In the film, they just look suspicious, intense, and pained when they are near each other.

Will Twilight fans enjoy this adaptation? I’ve heard mixed reactions so far. Some loved it, some shrugged their shoulders, and others hated it with venom. But the funny thing is, even the hardcore fans who were frustrated with the film version still proclaim that they will see it in the theater multiple times. It must be studied and dissected carefully. It must be discussed. It must be picked apart. Curiously, Twilight looks like it will be one monster hit that will not only be review-proof as far as critics are concerned, but also review-proof as far as the fans are concerned as well. Needless to say, this is one vampire story that will not rest. And I know that the fans are already working themselves into a frenzy about the just-approved sequel. 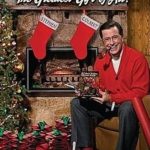