March 5, 2010–There is an extremely popular new Christian church that was founded in my Seattle ‘hood: Mars Hill. The Church touts itself as a young and hip type of Christianity, has rock bands plays its gatherings, and has its own club attached to the church. It is also very controversial, as the reputation and opinions of modern evangelical Pastor Mark Driscoll (with his t-shirts, jeans, and leather jackets) have reached far beyond his flock, as he preaches old school with new language: against feminism, premarital sex, homosexuals, etc.

Driscoll recently made some press (again) in his sermon from February 14, 2010, when he focused on Luke 4:31-41, aka “Jesus and Demons”. Driscoll waxed poetic about Satan and demons and such. Even coffee!

And some people really get freaked out [by demons] and it’s like “Oh, my coffee’s hotter today than it was yesterday, hell is hot. This is must be the coffee demon coming to scald me from my enemy.” I mean it’s just, it’s goofy, it’s goof-tastic. That’s where some people go. They go goof-tastic on it.

(I feel a new bumper sticker coming on…)

Anyways, in Moviepie-land, what grabs our attention (other than coffee, of course) is when he starts talking about Hollywood, and, well. Avatar. Let me just let him speak for himself:

…The world tempts you to sin, to use people, to disobey God, to live for your own glory instead of his own, to be a consumer instead of generous, that’s the world system.

And if you don’t believe me, go see Avatar, the most demonic, satanic film I’ve ever seen. That any Christian could watch that without seeing the overt demonism is beyond me. I logged on to christianitytoday.com and the review was reflective of Christianity today, very disappointing. See, in that movie, it is a completely false ideology, it’s a sermon preached. It’s the most popular movie ever made, and it tells you that the creation mandate, the cultural mandate is bad, that we shouldn’t, we shouldn’t develop culture, that’s a bad thing.

Primitive is good and advanced is bad and that we’re not sinners, we’re just disconnected from the divine life force, just classic, classic, classic paganism, that human beings are to connect, literally, with trees and animals and beasts and birds and that there’s this spiritual connection that we’re all a part of, that we’re all a part of the divine. It presents a false mediator with a witch. It presents false worship of created things rather than Creator God in absolute antithesis to Romans 1:25, which gives that as the essence of paganism. It has a false incarnation where a man comes in to be among a people group and to assume their identity. It’s a false Jesus. We have a false resurrection. We have a false savior. We have a false heaven. The whole thing is new age, satanic, demonic paganism, and people are just stunned by the visuals. Well, the visuals are amazing because Satan wants you to emotionally connect with a lie.

And some of you say, “This is my first time, is he a fundamentalist?” I’ve never been accused of that. I’ve been accused of many things, not being a fundamentalist. I do love film, I love story. My degree’s in communication. I’ve got two home theater systems. I’ve got three Tivos, all right, I am not against technology and the arts. Our film crew just was in L.A. at Universal Studios shooting on the Spartacus set to get all of our footage for Good Friday. Some of my friends are filmmakers and poets and artists and we’re a very creative church. We just don’t like Satan, that’s all. We love the arts, we just don’t like Satan. And it’s amazing to me that Christians are going to the movie going “That was so enlightening.” No, that was so darkening. It’s a worldview. It’s the way to view the world. “Oh, the problem isn’t sin, it’s disconnected from the divine demonic spiritual life force. Oh, the problem is not that I need a savior, the problem is that I need to live in tune with creation.” This is all eastern garbage -ism. It just is. “Spark a divinity within you, God is in everything. You don’t need God to come and save you.” That’s all it is, it’s worldliness.

Now, Moviepie readers may remember that I’m one of the few people in the world apparently that kind of hated Avatar. I felt (and still feel) that viewers fell all over themself with praise for this movie because they were blinded by the fancy CGI and 3D even while they readily acknowledged that the script was cheesy and the characters were weak. “But it was really COOL looking!”

Well, now I know that you were all blinded by SATAN! HA!

Poor Mark Driscoll, with his three Tivos and two home theater systems. I guess he won’t be buying the special edition of Avatar when it comes out on Blu-Ray. But I’ll give him some credit. He did manage to change the mind of at least one person via this sermon: If the film is indeed demonic and Satanic, suddenly I might like Avatar… just a little bit more. 😉 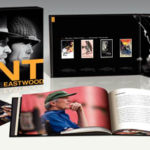 PreviousWarner Bros. celebrates 35 years of Clint EastwoodNextOscars 2010: Picks and Predictions (Who Should Win, Who Will Win, and Who Was Left Out) 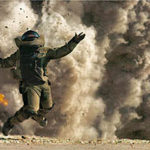