Warner Bros. is celebrating their long-standing partnership with actor/director Clint Eastwood with one amazing boxed set collection called Clint Eastwood: 35 Films 35 Years at Warner Bros. Just about any actor or director would be so lucky to be working so long in Hollywood. But what is perhaps more amazing is the sheer quality of films in Eastwood’s repertoire. Among the classics in this collection of 35 films are his Oscar winners for Best Picture (Million Dollar Baby, Unforgiven) plus his other nominated films like Mystic River, Letters from Iwo Jima, and other critical favorites like Gran Torino, Bird, and Pale Rider. There is also room for films popular with audiences, like The Bridges of Madison County, Dirty Harry, and even Every Which Way But Loose.

Curiously absent however—especially considering how prolific he’s been lately—are Iwo Jima‘s partner film Flags of Our Fathers and the excellent and overlooked Changeling. And also there is the problem that some of his missing hits, like Play Misty For Me (Universal), The Good, The Bad, and the Ugly (United Artists), and Escape From Alcatraz (Paramount) were from other studios, making this a big yet limited retrospective.

The 35th “film” included in the collection is The Eastwood Factor, an up-close and friendly documentary about Clint by Richard Shickel. This would be all well and good, but it is only 21 minutes, and promises that it is merely a teaser for a full-length doc that will be available later this year. Um. What? The collection is presented on 19 DVDs, with 16 of those being annoying double-sided discs. There is a 24-page retrospective book (a sampler from a bigger coffee-table book) also by Richard Shickel, plus studio correspondence and photos.

All in all, it’s an impressive release for any film artist. And if you are one of those types that is moving away from DVD collections to go digital, the 35 movies are all also available now for download from iTunes. Pretty cool! 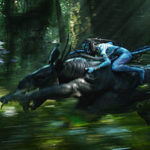