Like the gratifying end to a TV series that you’ve invested hours and hours of your life binge-watching, Avengers: Endgame brings this chapter of the Marvel Universe to a close in an immensely satisfying way.
By Lindaon April 24, 2019
0 Comments
Our Rating 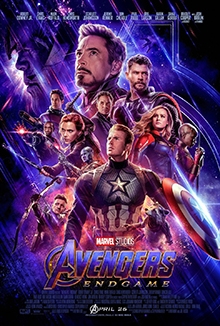 Avengers: Endgame doesn’t have much faith in the resilience of humanity. Five years after Thanos (Josh Brolin) made half of Earth’s (and the universe’s) population disintegrate into ash with a snap of his infinity-stone encrusted glove, apparently the spirit has gone out of everyone. No fun is to be had, stadiums are empty, garbage and broken cars are everywhere, and our surviving heroes have slipped into their own levels of depressed stupor (with Thor’s de-evolution the most entertaining). (Note: It doesn’t make any sense that a metropolis like San Francisco looks basically empty losing only half its population. I would think that at least some people would breathe a sigh of relief about less traffic and lower rental prices due to vacancy… but I digress.)

The post-apocalyptic world is depressing. But since seeing half of our heroes literally disappear before our eyes at the end of Infinity War (I’m still choking up thinking about Peter Parker), we knew that our remaining heroes would fight for a way to bring their buddies (and families and friends and humanity) back. The solution of how, when presented (IMPENDING SPOILER), is one of those plot twists that can completely cancel out and reshuffle all of those 20+ movies that we’ve just spent the last 11 years of our lives soaking up. Let’s time travel! We’ll just go back and do that one thing… you know, really carefully without disrupting anything else, and we can avert the bad things that happen in the future, right? That’s the idea, at least. But even the smartest of the Avengers are not sure it will work, but it is worth a try.

Now, let me back up a second. In Infinity War, the villain Thanos snapped his fingers to wipe out half of the overpopulated life in the universe. He was a sort of eco-terrorist, with his very extreme way solution to re-balance life in the world. I have to admit, part of me thinks he was kind of right. No, I’m not for genocide or anything, but when Captain America, in post-snap times, mentions that the sea looks a lot healthier and that some whales are coming back because there are a lot less boats, the Avengers first response is, let’s bring all those people back and double the population! If it means getting to see all our disintegrated Avenger friends again, OK, sure, we’re on board. (Never mind that the remaining world could learn from the harsh lesson.)

What follows are three hours densely packed full of, yes, action, peril, laughs, lots of revisited familiar faces, as well as the sadness of those lost. It’s easy to throw darts at time travel movies, poking holes in the plot where it just doesn’t add up. For instance, if the Avengers have the ability to revisit and tweak their timeline, couldn’t they theoretically make irrelevant all the plot points in the series up until now? (We know that studios love a “do over” these days.) But by being able to hop around a timeline, the movie becomes a sort of greatest hits of the series itself, but with the perspective of how it all led to this point. For those who have dutifully watched all the preceding Marvel Cinematic Universe films, Endgame is sometimes gasp-worthy when it alludes to a plot point from a film many many movies ago, having it click into place in this film.

Like the gratifying end to a tv series that you’ve invested hours and hours of your life binge-watching, Avengers: Endgame brings this chapter of the Marvel Universe to a close in an immensely satisfying way. Sure, I ended up with a lot of questions at the end, but I was still rewarded with many answers. We’ve all spent a long time getting to know Iron Man, Captain America, Hulk, Thor, and their Avenger buddies. And as some of their story arcs come to a close in this movie, I will warn you that I wasn’t the only one getting weepy. Melancholy and uplifting, Endgame pulls out all the stops to give their loyal fans a final chapter that the will surely love. 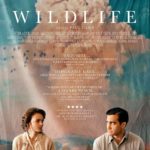