Beasts of the Southern Wild

“For the animals that didn’t have a dad to put them in a boat, the end of the world already happened.”
By Lindaon December 12, 2012
0 Comments
Our Rating 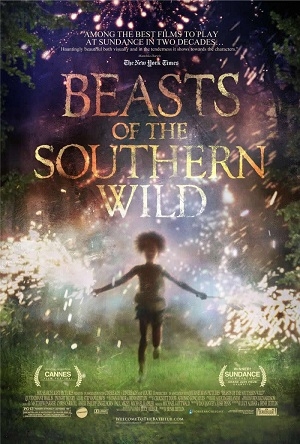 In easily one of the most ferocious performances of the year, Quvenzhané Wallis wows the viewer with her confidence and ease on screen. She is all the more remarkable in that she was chosen for her role when she was five years old (her audition film is included in the Blu-Ray extras). The last time I saw a child performance this assured was when five-year-old Victoire Thivisol won awards for Ponette, where she played a tot who lost her mom (how could she know the filmmakers were joking when she was told her mother died?!?!?). Unlike the kid in Ponette, you never doubt that Wallis knows exactly what is going on. Her Hushpuppy is a truly remarkable performance.

Beasts of the Southern Wild is a curious, tragic, and magical story from the point of view of a child who live in a place called The Bathtub. The Bathtub is on the wrong side of the levee, which is the equivalent of the wrong side of the tracks according to those that live in the protected unnamed Louisiana city on the other side of the wall. But the folks in bayou of The Bathtub are happy. You might think that this is a glorified vision of poverty, with the ramshackle huts made of junk, and the people laughing and drinking and running around with sparklers. But this is from a child’s point of view, and she sees her home as a magical place.

Hushpuppy lives with her dad (first-time actor Dwight Henry, in a great performance) who disappears for days at a time, and comes back wearing a hospital gown. He may seem no good, but he has raised Hushpuppy to be independent, and he knows she has a village to care for her. Her resourcefulness in taking care of herself is kind of alarming, but she is completely confident in a no-nonsense way, plus she seems happy.

When a hurricane rages and threatens the very existence of The Bathtub, the locals have to make a decision. Abandon their town for shelter on the mainland like they are told? Or stubbornly wait out the storm, knowing that their lives in The Bathtub may come to an end? The proud stay and fight for their homes, even when everything they know is under water.

Beasts of the Southern Wild first gained buzz when it won the Grand Jury Award at Sundance, and since then picked up multiple critic and audience awards. It is easy to see why. It is a beautiful, magical, and completely unique film unlike anything you’ll see this year. It is strange, thought provoking, melancholy, hopeful, and ultimately empowering. And it features a beast of a performance by a little girl. Definitely check this one out.

The extras on the Blu-Ray include a fascinating behind-the-scenes doc about the making of the film, including tales of how the crew of family and friends literally set up camp in a small town in Louisiana and found most of their actors in the local population, including the great Dwight Henry, who ran a bakery across the street. There are also featurettes about the music from the film (co-written by director Behn Zeitlin), the creation of the beastly “aurochs” (mini pot-bellied pigs with fur coats!!!), the audition tapes, deleted scenes, a trailer, and Zeitlin’s short film “Glory at Sea”. 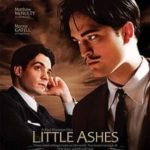