Somehow when you hear of an act of corruption, you assume that it’s an isolated incident and that somewhere along the line someone will intervene and good will prevail. If one agency is rotten, surely there’s another that can set them straight, right? Those are the basic checks and balances that keep the world working, unless you live in Broken City.
By Jenniferon May 10, 2013
0 Comments
Our Rating 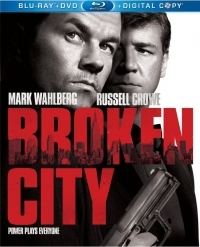 After shooting a man involved with the rape and murder of a young inner-city woman, police officer Billy Taggart (Mark Wahlberg) is tried for murder. While it’s clear that the man he killed was up to no good in general, there’s little evidence that Taggart had reason to shoot him when he did. Though perilously close to conviction, Taggart is deemed not guilty and, for a brief moment, it appears as though he can carry on with his life. However, at the eleventh hour, a witness provides a video tape proving that Taggart was unprovoked at the time of the shooting. Surely the police commissioner and the mayor would submit this evidence to the proper authorities and let justice take its course, no? No.

Mayor Hostetler (Russell Crowe) quietly strips Taggart of his badge and tells him to get out of town. Seven years later we find Taggart working as a private investigator, still living with the sister of the girl whose death he avenged. Their arrangement is tenuous at best, and never fully explained, but it’s clear that Taggart’s life is informed in every way by the shooting. Never is this more obvious than when Mayor Hostetler finally phones in his favor, just like you knew he would. He’d like to use Taggart’s p.i. skills (and utter indebtedness) to find out who is sleeping with his wife (Catherine Zeta-Jones). Knowing that Hostetler can blackmail or undo him at any time, Taggart agrees, but it quickly becomes clear that Mrs. Hostetler isn’t the only one who might be cheating. The mayor is one straight-up shady guy, and owing him anything at all is likely to prove far more dangerous than taking your chances with the legal system.

While parts of the story are less developed than others (i.e. Taggart’s back story and whole relationship to the murdered girl’s sister and family), Broken City is an engaging movie with plenty of twists and turns to keep you guessing. Walhberg is convincing as both an everyman and a badass, Crowe makes for a perfect sleazeball, and the always fabulous Jeffrey Wright turns in another understated but stellar performance. All in all, it makes for an engrossing ride.

Extra features include deleted scenes, a making-of documentary, and the original theatrical trailer 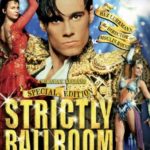 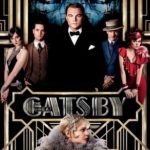