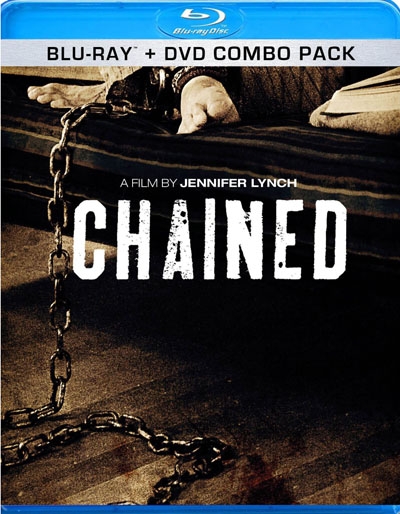 From the very first scene, we are dropped into a nightmare as a boy and his mother (Julia Ormond) fall victim to Bob, a deranged taxi driver played by Vincent D’Onofrio. The woman is murdered almost immediately, but the boy is kidnapped, nicknamed “Rabbit”, and adopted as Bob’s servant.

As if waiting on this murderous oaf weren’t bad enough, Rabbit is also expected to help Bob with his wet work. The taxi offers Bob the perfect opportunity to pick up unsuspecting women, who are then taken into his home and beaten, bound, raped, and murdered in one form or another. All of these scenes are unflinchingly realistic, giving us a firsthand look at the horrifying world that defines Rabbit’s existence. Though Rabbit relates more to the victims than to his captor, he has no choice but to aid in their torture. He is as dependent upon Bob as he is terrified of him.

Over the years, a complex relationship develops between Rabbit and Bob. As dark as the situation is, their interaction becomes workable – part father and son, part master and servant, part teacher and student. Bob (geniusly brought to life by D’Onofrio) is also a bundle of contradictions: he is at once pathetic and powerful, simple and complicated. Though determined to mold Rabbit into a replacement version of himself, Rabbit remains trapped between the normal world he knows exists outside and the one he has been chained to since he was nine years old. Appropriately enough, he has truly dropped down the rabbit hole, and it’s not clear that he will ever fully break free.

The film’s twist ending adds yet another layer to the film’s mountain of complexities, and it is in many ways a visionary effort. Character development, pathos, and story are often cast aside in this genre for a cartoonish effect, but Jennifer Lynch dares to combine drama and gore. The end result is a film that is heart-wrenching, stomach-turning, jarring, and intriguing, but the film’s lack of definition does create a problem. It’s not a horror film that can be enjoyed as entertainment and forgotten before nightmares have a chance to set in, nor is it the kind of psychological drama that whitewashes horror to the point where we can focus solely on character. You have to brace yourself for a serious ride with Chained, and it’s not an entirely pleasant one to take.