Strangers on a Train

Remember that charming stranger you met on the train, who proposed swapping murders? Criss-cross? You thought he was joking. He wasn’t.
By Lindaon October 29, 2012
0 Comments
Our Rating 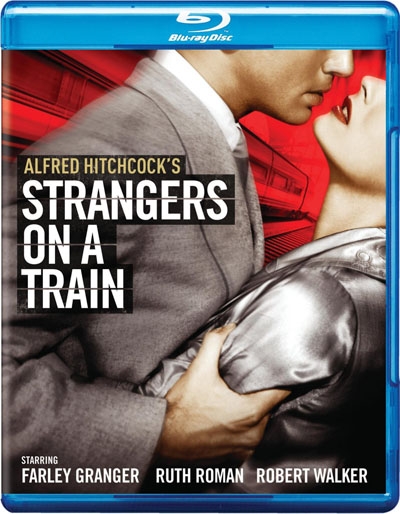 There is nothing more satisfying for a movie fan than discovering a film that has been around for years, but that completely knocks your socks off when you finally see it. How was it that I never saw Alfred Hitchcock’s Strangers on a Train before? I went through a Hitchcock phase, like so many others, and accumulated my list of favorites: North By Northwest, Notorious, Psycho… But Strangers was never quite on my radar. I didn’t know anything about the plot, didn’t know who was in it, so went in completely fresh. If you are like me, and don’t know anything about this movie, quit reading and rent it immediately!

I had no idea what I was in for. Gripping from the opening scene, Hitchcock’s camera follows two men, or rather only their dress shoes, as they cross a platform from different directions and board a train. One man sits down in his seat and crosses his legs. A moment later, the other man sits opposite and accidentally knocks shoes with the first. Sorry! He does a double-take. “I beg your pardon, but aren’t you Guy Haines?” the stranger asks the younger man. Why, yes, he is the famed tennis player. The stranger, named Bruno, quickly sidles up close to the younger man and rattles off a whole bunch of information about Guy that first makes him look like a casual fan, but Guy slowly figures there is something a little off about this guy Bruno. When Bruno grills Guy about his personal life, knowing that Guy is wanting a divorce from his trampy wife Miriam, so he can marry the senator’s daughter Ruth, Bruno makes a proposal. The two men should swap murders! Bruno will kill Miriam, and in turn, Guy will off Bruno’s much-hated father. Criss-cross! The murders will never be connected, as the men are strangers, so they will both get off, scot free! Guy laughs off Bruno’s proposal, leaves the train, and thinks nothing of the incident.

Oh, but see, Bruno wasn’t kidding. When Guy’s wife Miriam ends up murdered on a Tunnel of Love carnival ride, Bruno excitedly shows up at Guy’s front gate before the police. If it weren’t bad enough that Bruno now expects Guy to commit a murder in return, the circumstances of the murder have the police targeting Guy as the number one suspect. Guy is not exactly disappointed that Miriam is dead, but he is an innocent man, even though he is hiding his association with Bruno. I mean, he is innocent, isn’t he?

Strangers on a Train unfolds with delicious tension and suspense. Bruno, as played by the fabulously good Robert Walker, is indeed wack-a-doodle. But as it is pointed out in one of the extras, the term “stalker” hadn’t really been coined yet. Bruno simply won’t let Guy alone. As Guy nervously looks for the image of a man in a fedora, you are right there with him, feeling a shudder of shock as Bruno somehow weasels his way into Guy’s high-society social circle. Guy, as played by Farley Granger, is young, pretty, privileged, and yes, a bit dull and naïve. He is the everyman who has gotten himself into quite a pickle. You are not sure if you want the pretty-boy to continue with his charmed life, or indeed get knocked down a notch by the slithery, dangerous charms of the fantastic villain Bruno.

By the time the film reaches its climax (the famous setting which I will not give away, so as not to spoil it), I was indeed on the edge of my seat. This is one of those films where as soon as the closing credits rolled after the satisfying climax, I stood up and said to no one in particular, “Oh my god! That was SO GOOD!!!!” Out of nowhere, Strangers on a Train has rocketed to join the elite ranks of my favorite Hitchcock films.

The Blu-ray release includes a loaded commentary track featuring Peter Bogdanovich, Joseph Stefano, Andrew Wilson, Joe Alves, Peter Benchley, Tere Carrubba, Whitfield Cook, Katie Fiala, Richard, Franklin, Alfred Hitchcock, Patricia Hitchcock O’Connell, and more (!) edited seamlessly together in one feature-length track. Also included is the full “Preview Version” (or British Version) cut of the film, which is two minutes longer, with some alternate takes. “Behind the Story” featurettes include the 36-minute “Strangers on a Train: A Hitchcock Classic”, plus shorter featurettes about Laura Elliott (poor, trampy Miriam!), Hitchcock offspring chatting about their father and grandfather, M. Night Shyamalan waxing poetic about how Hitch is a huge influence for him (Night has to up his game if he wants to stay included on these video releases!), and some snippets of Hitch hanging out with some actors. There is also a theatrical trailer for the film. 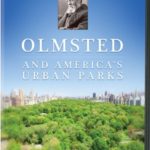 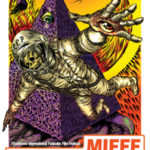