Modern adventurers attempt to recreate polar explorer Ernest Shackleton’s amazing rescue of his men, but with one big difference: Shackleton didn’t have a backup team.
By Lindaon February 16, 2014
0 Comments
Our Rating 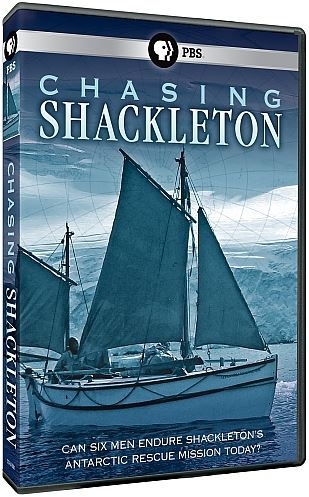 Ernest Shackleton’s doomed Antarctic polar expedition is one of the great survival stories of modern times. After his ship The Endurance was destroyed by pack ice, leaving the ship’s crew stranded on Antarctica’s frozen Weddell Sea in January 1915, Shackleton not only managed to keep his whole crew alive on the ice for a year and a half, but he ultimately saved them by going for help on a harrowing, risky 800-mile trip in a small boat aimed for the island of South Georgia, where there were whaling stations.

In Chasing Shackleton, a modern crew of adventurers, led by captain Tim Jarvis, recreate Shackleton’s adventure, from the sailing from Elephant Island to South Georgia in a painfully replicated 20-foot boat based Shackleton’s own modified lifeboat, to the 32-mile climb over the mountains in 1910s-style climbing gear upon reaching the island.

The main difference is that the 6-person modern team has backup, per international law, which forces their boat to have a beacon in case of emergency. At one point, their accompanying rescue ship loses the small boat’s signal for many harrowing hours, as the daylight starts to wane. Losing sight of the makeshift sailboat in 6-meter waves would be a disaster—even these days they would have been impossible to find again.

At three hours, Chasing Shackleton follows the adventurers from their launch from Elephant Island, through their 12-day barfy storm-tossed journey, to their landing on South Georgia. Upon finally making it to their destination, team members start dropping like flies from very real ailments that could prove deadly, like trench foot from their water-logged chilly journey. Jarvis is determined, in a crazy-eyed explorer-type way, to realize his dream to finish the journey by hiking the 32 miles over the island, just like Shackleton, trench foot be damned.

Shackleton’s original expedition and most amazingly his determination to rescue his men is still an astonishing feat. A modern quest like this, though interesting in its replication, still pales against the original, where there was no backup plan. Yes, the modern men prove that it can be done (again), but it was the original adventure that still boggles the mind. 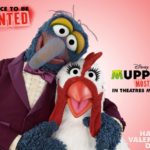 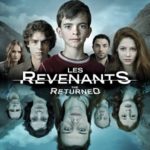