An otherwise standard docudrama about France’s most famous female author, Colette is given a sly spark by the entertaining lead performances of Keira Knightley and Dominic West.
By Lindaon May 13, 2019
0 Comments
Our Rating 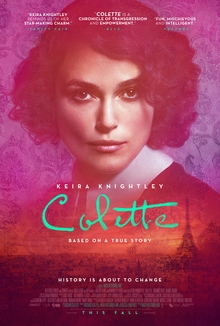 In my 20s, I was backpacking through Europe, and made a stop to check out Paris’ Père Lachaise Cemetery, burial ground of a great many famous folks. You’d see teens crowded around Jim Morrison’s grave, or people leaving lipstick marks on Oscar Wilde’s tomb, or laying flowers for Edith Piaf. Then there was also the much visited grave of Colette. But unlike the others, my young American self had never heard of this most famous French female author. I actually thought she may have been an early poet. Interestingly, I hadn’t really given her much thought (or read her work) in the time since, because perhaps she just isn’t as much on the radar here in the U.S. But now, there is finally a biopic to be a primer for those English-speaking folks that may have a “new” author to discover.

We meet young Sidonie-Gabrielle Colette (Keira Knightley) in the 1890s. It’s countryside France, and she is of an indeterminate age, but we are to imply she is young because of her long braids. Much to our surprise, she is not as innocent as we might think as she goes for a roll in the hay with her older suitor, known only as Willy (Dominic West). Next thing you know, she is married, and finds herself suddenly immersed in the very urban, very libertine world of Paris.

As Willy, scrambling for money, pulls her into his personal passel of ghost writers (he is a well-known popular fiction writer that employs others to write his books), she quickly finds that she is quite good at it. When “his” book, Claudine à l’école, based on her own girlhood memories of the country, becomes a huge best seller, Willy realizes his wife, now wanting to be known simply as Colette, is the gold mine.

The film is a rather standard docudrama: you see the arc of country-girl to sophisticated independent woman. But there is something slyly charming about Colette. Keira Knightley, often stuck in period dramas, finds the necessary spark in Colette. She openly steps out on her husband, both by having affairs with women, and having interests outside of his life (both making him possessive). In any other movie, Willy would have been a power-hungry, credit-hogging rogue. Well, he is, but Dominic West truly makes him appealing and charming, showing how they were the celebrity power couple of their day.

Like most movies about writers, you may not get a sense of her actual style, or why her books were such a hit. But the movie itself definitely makes a nice introduction for folks like me who have been in the dark about this French icon. Now, I have to admit, I’m curious about her writing, and plan to go seek it out. 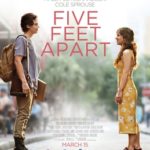 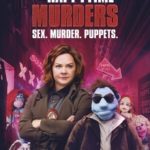