Killing Lincoln is the antidote to the staid and (in my opinion) a bit dull depiction of Abraham Lincoln as helmed by Steven Spielberg.
By Lindaon July 17, 2013
0 Comments
Our Rating 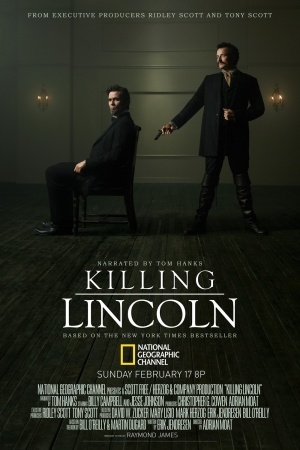 Based on a book by Bill O’Reilly (yes, THAT Bill O’Reilly), Killing Lincoln focuses on the event that has been a pop culture obsession since 1865, and I’m not talking about the 13th Amendment.

Narrated by Tom Hanks (whose lineage makes him Abe’s third cousin!), the film is a docu-drama with the pace of a thriller, right down to the Hanks’ voice-overs that are right out of a Dan Brown page-turner: “John Wilkes Booth had only four days to live.” Booth, as played with moustache-twirling glee by Jesse Johnson, is portrayed as nothing but trouble from the start. We know this, as he is shown brazenly leaning in to light a cigar off a torch outside Ford’s Theater. Apparently he was from a distinguished acting family, and had potential to be one of the greats. Alas, his crazy-town political views and actions got him into the history books for something else entirely.

This time around, Billy Campbell plays Lincoln. He seems an odd choice at first, but carries the role with solemn seriousness (and a bit of dread from his visions), despite the fact that he has more “smoky” eye makeup than your average catwalk model. The audience knows what is coming, and Hanks reminds us constantly. Still it is a bit of a shocker to see the re-enactment of the assassination, especially scenes of accomplice Lewis Powell going to town with a huge knife, stabbing Secretary William Seward and his family. Yikes!

Killing Lincoln is history for those with short attention spans, or for people who are too restless to sit through earnest re-enactments of political podium-pounding. Though some acting seems to be playing to the back rows (I’m looking at you, Booth), it is a solid production about a brutal event in American history. For me, the most stunning part may be during the final credits when actual photographs of the conspirators are shown. They are creepy, shocking, and strangely, beautifully contemporary-looking. Lincoln’s assassination still resonates and fascinates. Just as there will always be political crazies, there will always be the fear of something like this happening again. 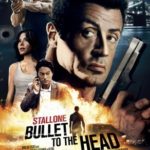 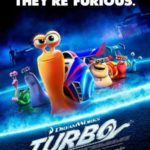