Despite the seemingly dark subject matter, Creedmoria is imbued with the same optimism and appreciation of the absurd as its charming heroine. 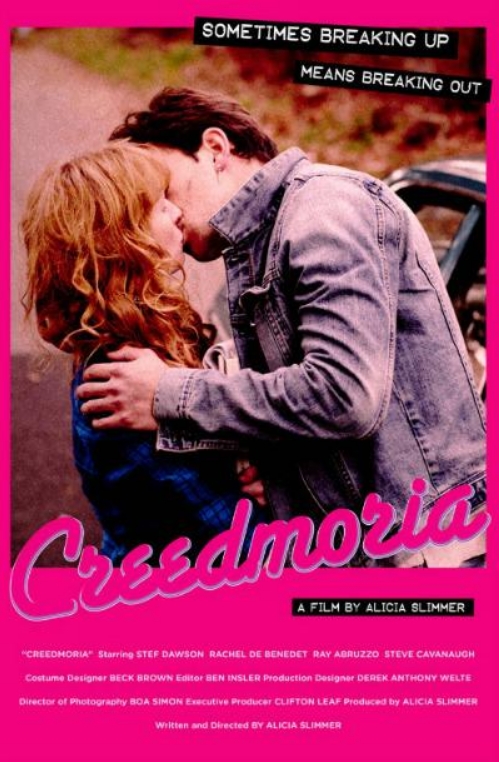 As a teenager growing up across the street from the Creedmoor psychiatric center in the early 1980s, Candy Cahill (Stef Dawson) is acutely aware of what it means to be different, locked up, and defined by the scope of your Day Pass. She sees the Creedmorians shuffling down the street every day, often being mocked or harassed along the way, but always obediently stopping at the Burger Barn (which is as far as their Day Pass will permit). The Creedmorians are a neighborhood staple for Candy, a fierce protector of anyone falling victim to bullying. Her sunny but mischievous disposition is essentially unbreakable, but a series of unexpected events cause her to realize she has much more in common with the Creedmorians than she ever would have imagined.

Candy’s world changes dramatically after the sudden death of her father. Her mother retreats into a self-absorbed shell, emerging occasionally to refill her drink, flirt with a married family friend, or to offer scathing words of criticism to her children. It falls upon Candy and her siblings to keep the household running, though her older sister is married with a baby and her older brother can only be described as troubled. An unidentified combination of mental, emotional, and addiction issues lead him to act out constantly, and it’s up to Candy and her younger brother, Sean (Ryan Weldon), to track him down and wrangle him back home.

The situation hardly leaves room for Candy and Sean to have problems of their own, but of course they do. Candy takes a job as hostess at Burger Barn, where she is shown little kindness by her manager and coworkers. She also begins dating hunky Eddie (Tommy Nash), only to find that he’s possessive, controlling, and a total lunkhead. His jealous ex-girlfriend promptly begins hassling her, and just when Candy musters the courage to break up with him, he has her name tattooed on his arm. By this point, her future is foretold: she’s going to go to nursing school like her sister and wind up married to Eddie. Meanwhile, Sean has become all but invisible, except when eliciting homophobic remarks. In truth he is gay, and knows perfectly well that he’ll never be able to be himself within the confines of his hometown.

Ultimately Candy realizes that she and Sean are just as trapped as the Creedmorians, but Burger Barn does not have to be the end of the line for them. They have the power to break out and they owe it to themselves (and everyone else who is stuck) to use it. Their escape from the life that threatens to stifle them is nothing short of triumphant. Despite the seemingly dark subject matter, Creedmoria is imbued with the same optimism and appreciation of the absurd as its charming heroine. It is an inspiring and entertaining reminder that there is a place in the world for every outsider to fit in. Sometimes you just have to run away with the best person you know and find it for yourself.