The final scene makes the somewhat torturous process of watching the movie worthwhile, but beyond that, there’s not much to recommend El Cid.
By Jenniferon January 29, 2008
0 Comments
Our Rating 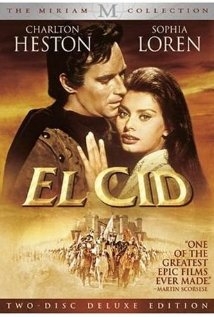 The Miriam Collection edition of El Cid is truly a sight to behold. First there’s the stately cream-colored box that you almost don’t want to touch for fear of getting grubby fingerprints all over it. Then you open it up and find a gorgeous set of six stills from the movie, an El Cid comic book, and a reproduction of the original movie program. Upon opening the DVD case, you’ll find a written introduction by Martin Scorsese and a two-disc edition of the film jam-packed with extras. Disc one includes feature commentary with Bill Bronston (son of producer Samuel Bronston) and Neil M. Rosendorf (historian and biographer of Samuel Bronston), vintage radio interviews with Sophia Loren and Charlton Heston, still galleries, and filmographies. Disc two contains several featurettes delving into the making of the film as well as a trailer gallery. You really couldn’t ask for a more comprehensive package… it’s just a shame that it doesn’t surround another movie.

In spite of the hoopla, El Cid is somewhat “meh” in the realm of movie epics. It takes a reasonably compelling story, drags it out until you have no hope of ever getting anywhere, then slaps you with an ending so impressive you wish you actually cared. Had they condensed the film by an hour or two, they might have built enough momentum to carry our interest and our emotions through this long and arduous film journey.

It’s 11th century Spain, and at the film’s outset, El Cid (Charlton Heston) is on his way to marry the beautiful Chimene (Sophia Loren). His plans and his life are thrown off course by a simple act of mercy. He spares the life of a Moor, and is deemed a traitor by his countrymen. Even Cimene’s father is all, “You’re a traitor.”

“Then we must duel!”

The two of them have their duel, and El Cid winds up killing Chimene’s dad. Then Chimene is like, “I hate you! I don’t want to marry you! I’m going to ask someone to murder you!” But El Cid foils the murder plot and succeeds in a mission that promises him Chimene’s hand. Ignoring her wild hatred for him, he marries her in the hope that one day she’ll remember the love they once shared.

Soon our hero is drumming up even more trouble by shaming the new king (who wears so much make up he looks like a mannequin). El Cid finds himself exiled altogether, and sets off on horseback. At the last minute, Chimene decides she loves him again and catches up to him before he gets too far. They have one reasonably romantic night in the barn of a kind stranger, but there’s not much to be said for their love affair. Sophia Loren is feisty and passionate as Chimene, but Heston is wooden and reserved. Their chemistry is almost nil, so it’s not that sad when they fling open the doors the next morning and find a whole mob of people waiting outside and demanding El Cid to be their leader. By “whole mob”, I mean a serious crowd, and you’ve got to wonder how they all snuck up without the lovebirds hearing a peep. From that point on, El Cid and Chimene only see each other once every few years, when he drops in to find he has six year old twins or similar.

As far as I can tell, El Cid rises to power because he’s a straight shooter with the ability to unite Moors and Christians, and eventually the two forces unite to free Valencia from Moorish rule. The scope of the film is certainly impressive, but it’s not as compelling or as clear as it should be, and the plot seems to meander indefinitely from one scene to the next. The final scene makes the somewhat torturous process of watching the movie worthwhile, but beyond that, there’s not much to recommend El Cid. It’s a movie-making feat in film history, but entertainmentwise you can do better. 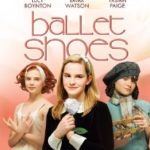