Baz Luhrmann’s frenetic kaleidoscope style totally and marvelously works for the first half this rock n’ roll biopic, but, like the King himself, fades by the end.
By Lindaon June 24, 2022
0 Comments
Our Rating 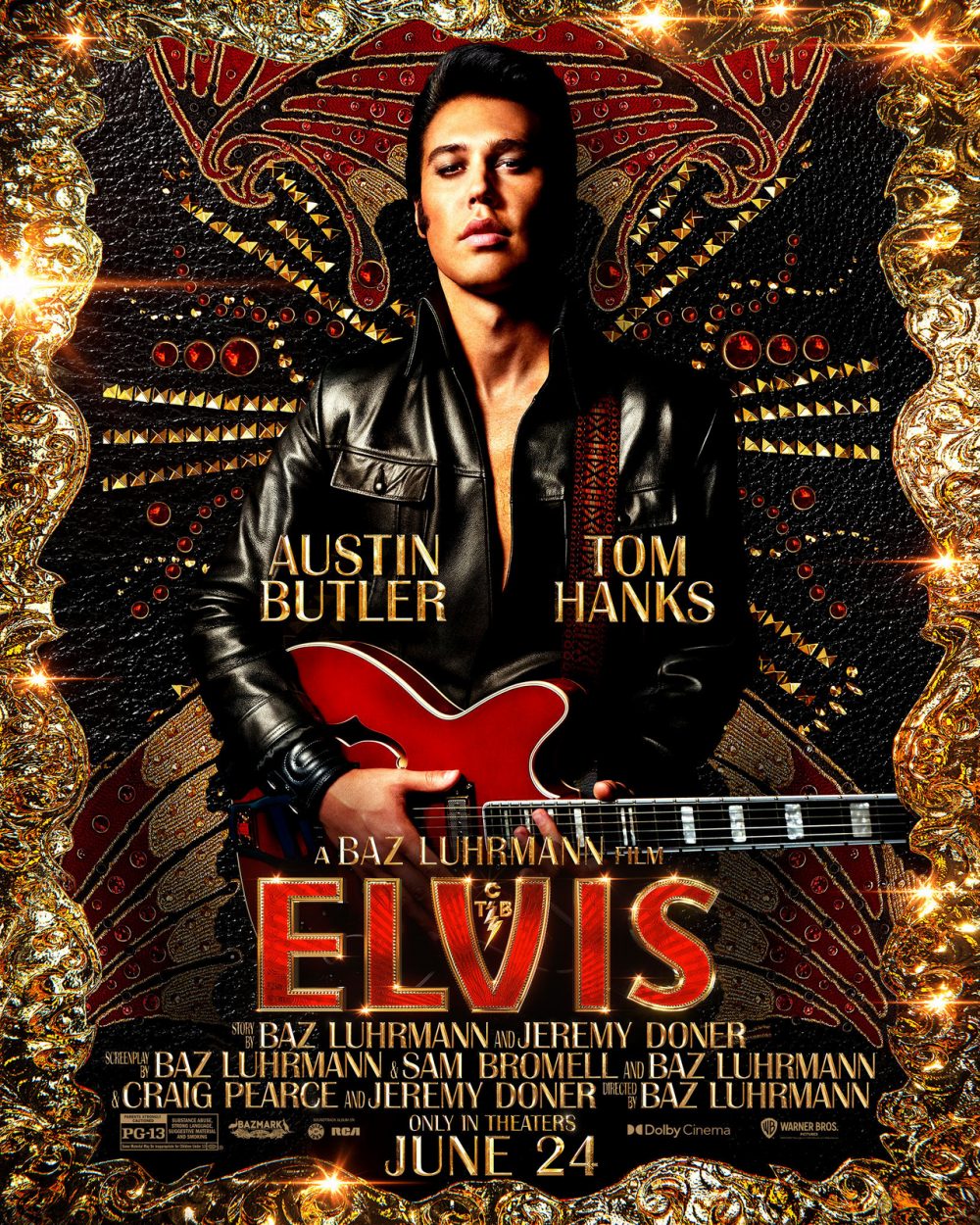 I had very high, if measured anticipation for Baz Luhrmann’s Elvis. The trailer dropped at a time that I (like most of the world) was positively thirsting for some big-screen, old-fashioned Hollywood spectacle after a dry couple years of watching Netflix at home. The thrilling trailer for Elvis teased exactly that: From its bedazzled visuals and genre-blending soundtrack, to Luhrmann’s trademark quick edits and Austin Butler’s tousled black pompadour–frankly, it got me a little teary-eyed. But I also knew going in that Luhrmann tends to, well, peak early, having a little problem with storytelling stamina after his initial bursts of spectacular spectacular.

Luhrmann makes the curious decision to portray arguably the most iconic singer in rock and roll through the eyes of his soon-to-be manager, Colonel Tom Parker. Neither a colonel, nor a “Tom Parker”, this troll-like vile character is played by Tom Hanks swaddled with jowls, a padded belly, and a weird accent, as he first spots young Elvis Presley (Austin Butler) getting ready to play at the Louisiana Hayride variety show. When carnival promoter Parker hears rumors of a white singer that sounds black, he sees dollar signs of opportunity as soon as handsome Elvis steps up to the microphone. Easily my favorite and most delightfully guffaw-inducing part of the film, when Elvis starts to sing, young ladies in the audience absolutely lose their shit and maybe even their virginity at the sight of Elvis’ wiggling hips. Rock n’ roll stylings aside, Elvis’ gyrations in his loose-fitting pink suit cause a pop culture youthquake. Tom Parker convinces sweet and trusting Elvis that he will make him a star. And he does.

Elvis spends its first hour or so following the meteoric rise of the King of Rock n’ Roll. It’s a kaleidoscope of edits, visuals, and blended musical genres. Butler does much of his own singing for the “young Elvis” part of the film, and though not quite a dead ringer for the real man, he certainly pulled me in as his own character. The best parts of the film are unsurprisingly the musical moments, from flashbacks to his origins as a kid in the poverty of Tupelo, Mississippi, where he would stumble into religious revival tents with black churchgoers stomping and singing, to him hanging out in a Memphis club, seeking out the grounding company of his buddy B.B. King (Kelvin Harrison Jr.) while folks like Little Richard (Alton Mason) and Big Mama Thornton (Shonka Dukureh) musically tear down the house.

But as my friend stated at the end of the film, just like going to see Titanic, you go into Elvis with the full expectation of seeing the ship going down. The second half of the film is the sad, old, but interestingly never “fat Elvis” portion of the story. This is the point where movie falters just as Elvis does. He repeatedly tries to break up with Parker as a manager, as the older man digs his manipulative, controlling talons into the singer. I’m not sure how fact-based the film is (that level of detail is for more avid music historians), but the explanation of why Elvis never toured internationally completely and sadly makes sense as portrayed. Becoming iconic as the original Vegas residency act apparently was never Elvis’ wish, and is tragic to see how his wishes were blocked over and over by Parker. But his overall downfall is shown as a destructive and abusive marriage between Parker and Elvis… while other players, like Elvis’ wife Priscilla and his tight circle of enabling friends and associates known as the Memphis Mafia, fade into the background. This is definitely a two-man show.

By the time the ship does inevitably goes down, I was surprised how not moved I was. It wasn’t until the final moments of the film where I was sucked in again. Just before the credits, his final filmed performance from June 1977 is shown, where an obviously unhealthy Elvis, soaked in sweat, performs a gorgeous version of “Unchained Melody” at the piano. At first, I thought I was still watching Austin Butler (to his credit), but then quickly realized it was the real deal. This moment did move me to tears, and showed how Baz Luhrmann’s vision, while wildly entertaining at the start, didn’t quite reach the heights deserving of the King by the end. 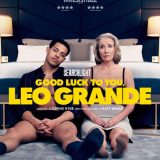 PreviousGood Luck to You, Leo GrandeNextFirestarter (2022) 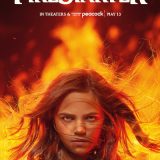