Anyone who’s ever had to say goodbye to a beloved pet will no doubt find the heart amid the humor in Tim Burton’s quirky and charming animated dog tale.
By Lindaon October 5, 2012
0 Comments
Our Rating 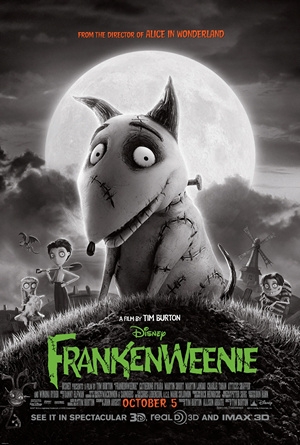 In the film, young Victor Frankenstein is preparing for his school’s science fair when his pet pooch, Sparky, is accidentally hit by a car and killed. Despondent, and inspired by a lesson on electricity delivered by one of his teachers (voiced by Martin Landau), Victor decides to test out the power of lightning by attempting to bring Sparky back from the grave. When the experiment succeeds and a stitched-together Sparky bounds back to life, Victor is overjoyed… but his delight is short-lived once word spreads among his peers about what he’s accomplished. Soon, all kinds of dead pets are hooked up to electrodes and zapped, with an array of hilarious and increasingly problematic results.

Though the plot is fairly simple and straightforward on the surface (thereby easily digestible and understood by the pint-sized and preteen set), Burton packs his films to the rafters with memorable moments and tiny morsels of brilliance (to keep the grown-ups equally engaged)… plus a few scenes that tug squarely at the heartstrings. Note: I will admit that I cried more than once. The pacing never lags and the antics of Victor and his frenemies zip from scene to scene. Most impressive of all, perhaps, the attention to detail is mind-blowingly wonderful, with everything from facial expressions to set dressing given the same level of care.

Among the actors lending their voices to his colorful Claymation creations are Martin Short and Catherine O’Hara, each of whom voice multiple characters (including Victor’s supportive but bewildered parents). O’Hara gets extra-special bonus marks for her fabulously freaky work as Victor’s weird, wide-eyed classmate, whose fluffy white cat, Mr. Whiskers, has prophetic poo. It’s one of the best running gags in the film, and that character was my favorite by far. (Toshiaki, a Japanese student whose dead turtle is reanimated, comes a veryclose second.) Winona Ryder also turns up to voice Victor’s comely neighbor, Elsa, though I found the performance, and the character, somewhat forgettable amid such a vibrant and eclectic set of players.

Yes, the film is in 3D and, yes, I once again feel it’s unnecessary. But, in an age when CGI and digital technology are taking over the realm of animated filmmaking, I’m willing to give Burton a pass for that needless 21st-century enhancement to his otherwise moving and funny film, and his terrifically old-school approach to animation.

The 4-Disc Combo pack includes the 3-D Blu-ray, regular Blu-Ray, standard DVD, and a digital copy of the film. Extra features include the Plain White T’s music video for “Pet Sematary”, the new original short “Captain Sparky vs. The Flying Saucers” (much like the movie Victor screened for his parents), the behind-the-scenes featurette “Miniatures in Motion: Bringing Frankenweenie to Life”, a glimpse at the “Frankenweenie Touring Exhibit”, and (perhaps most importantly) the original live-action Frankenweenie from 1984 – so good! 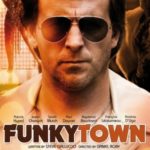 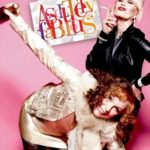