With the plethora of swords-and-sandals epics that have spawned from the success of the oiled-up loins of 300 Spartans, who would guess that Dwayne Johnson would jump into the fray, and emerge with one of the more entertaining spins on Greek mythology?
By Lindaon November 20, 2014
0 Comments
Our Rating 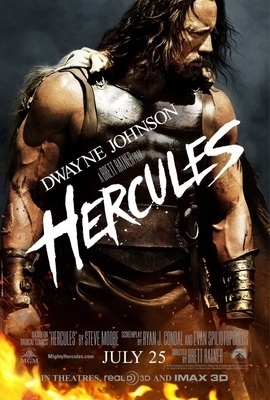 Hercules (Dwayne Johnson), half-man/half-god (or so we are told), is famous across ancient Greece for his amazing feats of strength and badassery. Still, he doesn’t want the accolades or the fame, as he and his posse of warriors walk the land as mercenaries-for-hire. There’s Autolycus (Rufus Sewell), his childhood friend; Tydeus (Aksel Hennie), a strangely mute, almost beast-like loyal sidekick; Atalanta (Ingrid Bolsø Berdal) is an Amazonian archer; Iolaus (Reece Ritchie) the storyteller, and Hercules’ nephew; and, best of all, Amphiaraus (Ian McShane), the seer of the future, who, in the best running joke, foresees the moment of his own death.

Hercules and his buddies are hired by Lord Cotys (John Hurt) to help end a civil war in the embattled land of Thrace. As the fighting escalates, with farmers becoming soldiers, and legends overlapping with reality, loyalties are questioned and tested, as truths are revealed. Though much is borrowed from the 300 movies, which have set the standard for modern interpretations of classic myths, there is more than a nod to the more-fun, loosey-goosey style of the Hercules and Xena-style of sword-wielding stories. Halfway through the film, I actually paused for a moment to notice that I actually cared about all the major characters. Credit goes to the cast for giving it their all (and more importantly, having fun), that even a mute character like Tydeus managed to make an impression, even if he were one of a solid dozen or so that moves the story forward.

The weakest link in the cast (not literally, of course) is, surprisingly, Dwayne Johnson. His charisma in otherwise cheesy films like G.I. Joe: Retaliation or Pain & Gain never ceases to surprise me. Except this time around, his Hercules is required to shoulder the emotional pain of the film, and, to be honest, I missed his smile. We don’t want to see the Rock tortured, we want to see him smirk, make an offside remark, and flash his astonishingly white teeth. Despite that relatively minor quibble, when Hercules and the rest of his Scooby gang stood side by side in strength and solidarity, I found myself wanting to see more of their entertaining, popcorn-flick adventures. Goodness knows that the source material is there! 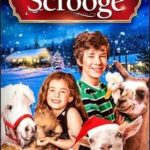 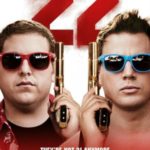