Hey movie fan, you think you’re punny? Schmovie’s the game for you 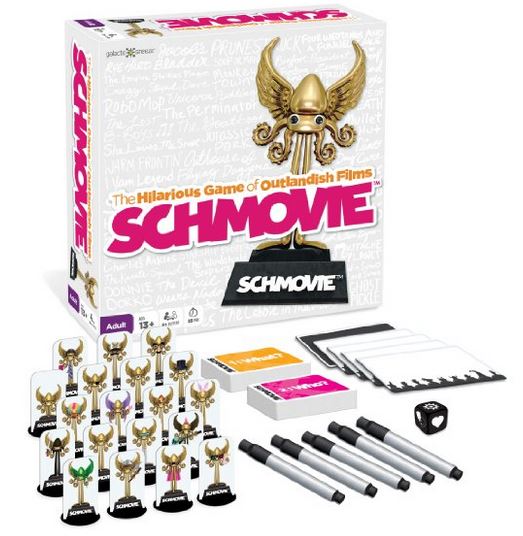 To test the new board game Schmovie: The Hilarious Game of Outlandish Films, a game where you make up movie titles based on several factors, I invited over my punniest word-play Pie Pals. After lurching through a couple practice rounds, we finally got the hang of how Schmovie works:

Each person takes turn at playing the Producer who picks a card from two separate piles. This makes a combo of words, like POSSESSED ROBOT or PREGNANT ROCK BAND. Then a roll of the die provides the genre (like Action, Romantic Comedy, etc, as well as a wild card option, that lets the Producer name the genre). Each player (or team) then scribbles their best fake movie title onto their personal white board, and the Producer gets to pick their favorite at the end of each round. If yours is chosen, you get a little token. Whoever has the most tokens at the end wins. Clear enough?

“This game makes me feel profoundly unfunny. And I’m funny!”

(As we all initially silently struggled…)

Slowly, we got on a roll, and I think the flowing beer helped. Schmovie is one of those games where it benefits you to target the emotions of the person who is playing the Producer, so that they’ll pick your title. For TIME TRAVELLING VAMPIRE, someone wrote, “Somewhere in Romania” and I audibly cooed. Winner! On the other hand, for UNEXPECTED WAITRESS (with the wild card genre of Porno), I thoughtfully wrote down, “Rachel Green is the Warmest Color”–which I thought was really good! Get it? Rachel Green, who was a crappy waitress on Friends, combined with the award-winning French lesbian NC-17 movie? The problem was, despite being so clever that people didn’t get it, I was instantly beat by “It Could Happen to You Unexpectedly: Back Door XXIII”, which made everyone (even me) cackle.

We started to run out of steam after David couldn’t stop giggling at his own title, and John was yelling at the rest of us, “Come ON, people!” as our creativity waned. It was kind of a relief when we finally used up all the tokens and Jen handily won (though if we had better reading comprehension, we would have known that you only needed four to win, which would have ended the game faster).

Schmovie has its moments, and I think my crowd maybe took it too literally (making it harder). It got fun when we tossed aside the genres (was the die weighted to always land on Horror?), and just started picking cards. We also enjoyed making up genres, like After School Specials or Lifetime movies (where all the movie titles ended up being a variation of “Mother May I Sleep With…”). There’s definitely an audience out there for this. In the meantime you can practice your Schmovie skills on the game’s Facebook page (which probably would have gotten us better prepared, rather than trying to learn cold). 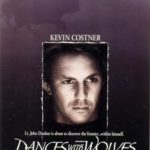