If this story took place a few years later, the lead character may as well have been singing, “You Can’t Always Get What You Want.”
By Lindaon December 19, 2013
0 Comments
Our Rating 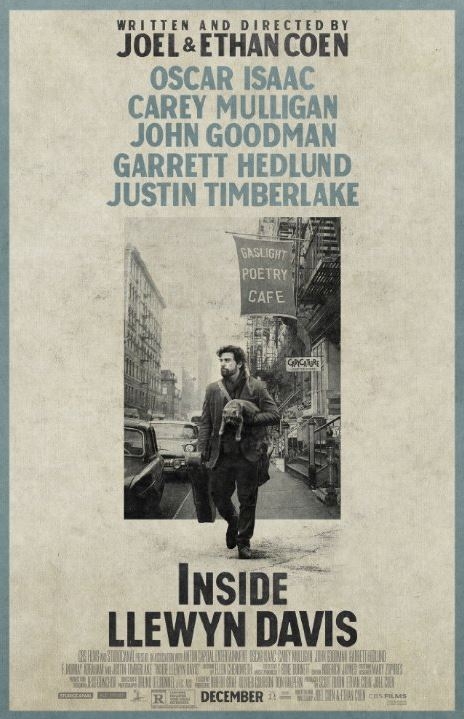 Inside Llewyn Davis is undeniably a gorgeous looking film, capturing a moment in the 1961 when the folk movement was finding its groove. Joel and Ethan Coen, along with cinematographer Bruno Delbonnel, have lovingly recreated the underground folk scene in wintry Greenwich Village, when it was post hep-cats and pre-hippies. The Gaslight Cafe is intimately depicted, so that in the wonderful opening scene, as Llewyn Davis is singing “Hang Me, Oh Hang Me” you actually feel like you are in the club.

In interviews, Joel Coen has said, “The film doesn’t really have a plot. That concerned us at one point; that’s why we threw the cat in.”

Indeed, the presence of an orange cat offers some thread to what is otherwise a rather aimless, and mysteriously circular film. Llewyn, we quickly learn, is kind of a douche. He’s a couch-surfer, who cycles through his friends’ homes so as not to wear out his welcome. He once had a singing partner, but their unsold records fill a box that is handed to him by his not-so-interested manager. Llewyn thinks that he is better than others, and deserves some sort of break that hasn’t landed in his lap. But his sensitive artist schtick is tired. He jeers at the folksy earnestness of other singers, and thinks he is too good for studio session work… unless a quick paycheck is involved. He is more than a little self-centered, and has some talent… but is he talented enough?

I can’t help it, sometimes I have a hard time maintaining interest in a lead character that is more than a bit of a jerk. Luckily, Inside Llewyn Davis stays interesting because of its fabulous supporting characters (a pissed Carey Mulligan; Adam Driver as a goofy singing cowboy; John Goodman as past-his-prime jazz-man), oh, and an orange cat (so good!). But the best thing the film has going for it is, unsurprisingly, the music. T Bone Burnett is once again working with the Coens to bless the film with his musical touch, and the soundtrack brings together soulful folk, earnest Peter-Paul-and-Mary-esque folk (w/ Justin Timberlake and Mulligan), and even the creation of novelty hits (the studio session for “Please Mr. Kennedy” is a hoot). After the credits rolled, I didn’t really have any further urge to get Inside Llewyn Davis any more than I had, but I sure wanted to listen to the soundtrack again. 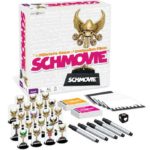 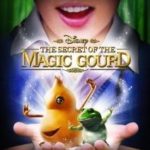