The best part of the movie is the relationship between co-stars (and real-life partners) Kristen Bell and Dax Shepard. Simply put, they are kind of adorable.
By Lindaon September 23, 2012
0 Comments
Our Rating 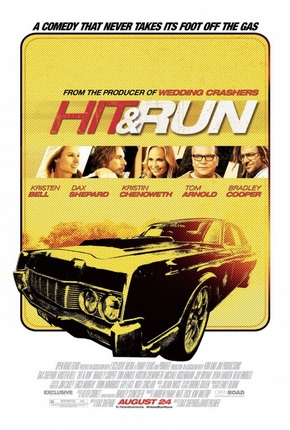 It is almost too easy to say that Hit & Run, is, well, Hit & Miss. At it’s best it is funny, action-packed and surprisingly charming. When it is weak, you find yourself bored with some of the characters, and checking your watch when the action and dialogue lag. It is not a stinker of a movie by any means, but it can’t quite sustain its energy consistently for the full length of the flick.

The best part of the movie is the relationship between co-stars (and real-life partners) Kristen Bell and Dax Shepard. Simply put, they are kind of adorable. Ever since seeing Kristen Bell go into panicked hysterics over a sloth on Ellen, I’ve decided that she has cuteness in spades. The chemistry between Bell and Shepard keep the film moving along at a fun clip, as they play a young couple going through some growing pains at the one-year mark as revelations as his past life resurface, throwing their lives into a whirl. That is a nice way of saying that he was in a witness protection program when they met, and he suddenly finds a lot of secrets emerging on a road trip to LA. Among their obstacles are a relentless chase sequence involving her ex-boyfriend, some bank robbers, a couple cops, and a dangerous witness protection Marshall (who is dangerous, unfortunately, because of ineptitude).

Part of the fun of Hit & Run is seeing just who will show up in the film. You sense that writer/star/co-director Dax Shepard just got a bunch of his buddies to agree to small roles and cameos, which is good fun for the audience. Kristin Chenoweth gets one of the funniest lines of the film, David Koechner shows up just long enough in creepy redneck mode to make a funny impression and change the game, and Beau Bridges, of all people, makes the most of being a badass in a short amount of time. Less successful is dreadlocked Bradley Cooper, who seems not only miscast as the bad guy but is a step behind in the funny department, and Tom Arnold, who is at turns really funny, or kind of wince-inducing.

Still, Hit & Run is a fun chase movie. There are genuine laughs interspersed with some of the more bad-taste or simply flat humor. You could certainly do a lot worse at the movies in the waning days of summer releases. 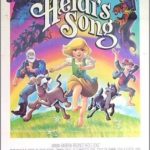 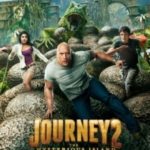