Sometimes, even a two-screening day can feel long… especially when your digestive system reacts poorly to something you ate the previous afternoon. So it was that I made my way through the day and didn’t feel too guilty about opting to cut it short by walking out of my final film and heading home before a series of thunderstorms hit. 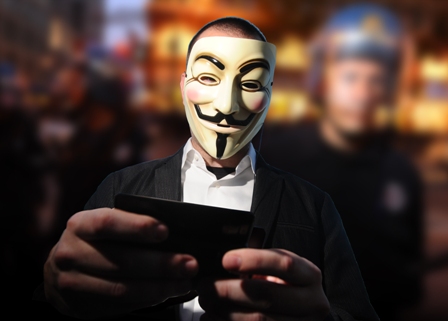 The first screening was We Are Legion: The Story of the Hacktivists (6/8), director Brian Knappenberger’s comprehensive history and chronology of Anonymous. Tracing the group’s origins and early activities through to their “war” with Scientology, their subsequent hacks of sites like PayPal and SONY, their aid to digitally disconnected citizens of Egypt during its uprising, and their presence during last year’s worldwide “occupy” movement, the film presents a balanced look at a group that’s often as revered as it is reviled by the public. For some, their antics are Robin Hood-esque in nature in the name of freedom; for others, the group are simply cyber-bullies who are just as likely to target the average Joe in their pursuit of corporate mayhem.

Knappenberger interviews a number of long-time members of Anonymous – some, on camera as themselves, some cloaked in mystery – along with a number of scholars, columnists and experts. And, though the film might not be massively revelatory (the most shocking thing I learned was that the criminal sentence for hacking was longer than that which a pedophile could receive), it’s certainly entertaining and compelling, with a nicely thumpy soundtrack that helps keep things moving.

The most curious thing at the screening, though, happened during the Q&A. As the moderator and director took the stage, so did a guy in a hoodie and a Guy Fawkes mask, presumably representing Anonymous. I’m not sure whether they knew he’d be joining them (or even knew who he was) but, based on the mildly startled initial reaction by the moderator, I’d say probably not. He remained silent throughout, but did provide (via whispers to Knappenberger) some info on Anonymous to answer a few audience inquiries. 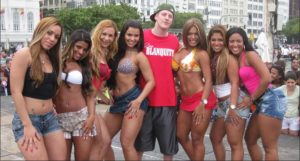 The short film The Relationship Doctrine of Don Blanquito (4/8) is less of a “film” than simply the collected musings of its titular rapper, a white guy living in Rio, whose inflated sense of self and sexist, misogynistic approach to women would be offensive if he weren’t such an obvious tool. Sure, it’s funny to watch him try to wax poetic about how men should regard women, but it’s also eye-rollingly frustrating to see that he’s been given this kind of (however comic) platform to spout his caveman-esque schtick.

Unfortunately, I discovered that its accompanying feature, Sexy Baby was too sexy for me. Or, more specifically, too needlessly graphic and deserving of some kind of content-related warning for audiences. Generally, I’m not a fan of filmmakers who use shock tactics in a bid to be edgy or daring, and (for me) that was the case with this film about the sexualization of women and girls. The more I watched, the more uneasy I felt. Did we really need to see one of the women in the film naked from the waist down, lying on an exam table with her feet in stirrups and her crotch right in the camera, while the world’s CUH-reepiest “plastic surgeon” moves her labia around with his fingers to illustrate how he’s going to minimize them and make her more sexually appealing? Did seeing her vagina up close really drive the point home better for the audience than, say, simply having the camera on her face while she was being examined and the procedure explained? In my opinion, no… and, in fact, I suspect it was actually more of an exploitative distraction than an important piece of footage that had to make the final cut.