What better way to follow a “light” movie-going day than to see if I’ve still got what it takes to pull off one with four back-to-back screenings? Happily, it turns out my stamina – not tapped since I-don’t-know-how-many TIFFs ago – remains intact! And, weirdly, all of the films on this day wound up being family-centric. 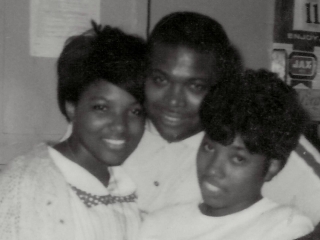 First up was Booker’s Place: A Mississippi Story (5/8), the story of Booker Wright, a black waiter and restaurant owner in Greenwood, Mississippi, whose participation in a 1965 race-relations documentary about his town may or may not have contributed to his subsequent murder. Director Raymond De Felitta – whose father, Frank, directed the NBC News documentary (Mississippi: A Self-Portrait) in question – teams with Wright’s granddaughter to uncover the circumstances surrounding Wright’s death. Much of the film is made up of archival footage taken from the elder De Felitta’s film, which hadn’t been seen in decades, and the centerpiece is the footage of Wright who, dressed in his crisp waiter’s uniform, speaks unexpectedly frankly about how he’s treated by his white customers.

While the story is undeniably powerful, and Wright was, without question, a courageous husband and father who spoke out at a time (and in a place) where doing so would likely get him killed, the hypothesis posed by the filmmakers – that his role in the documentary directly led to his death – never really feels proven. For starters, Wright was murdered some seven years after the NBC documentary aired and, though he definitely did suffer devastating reprisals (beaten badly, his place burned to the ground) shortly after his fellow townsfolk watched it, blaming the documentary seems like a little bit of a reach… especially since, as cited in Booker’s Place, it wasn’t rebroadcast more than once or twice after its initial airdate. 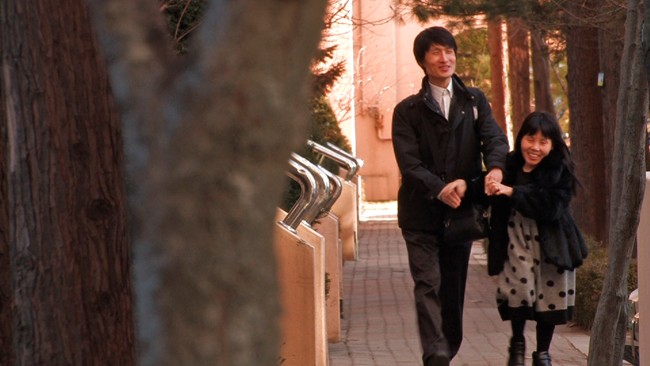 Planet of Snail (7/8) provided a lovely change of pace. A quiet, contemplative, meditative poem more than a traditional documentary, the Korean film tells the story of Young-Chan and his wife, Soon-Ho. He’s deaf and blind, and she has a spinal disorder that has left her diminutive in stature but towering in spirit. Together, they have a powerful relationship that defines love and partnership in their purest forms. The slice-of-life doc simply follows the pair through their day-to-day activities – changing a light bulb, eating dinner, walking in a park – and it employs brilliant sound-editing techniques to reinforce Young-Chan’s experience of the world. Beautiful and moving, the film might not be for everyone, but anyone willing to give themselves over to it will undoubtedly be touched by the experience. 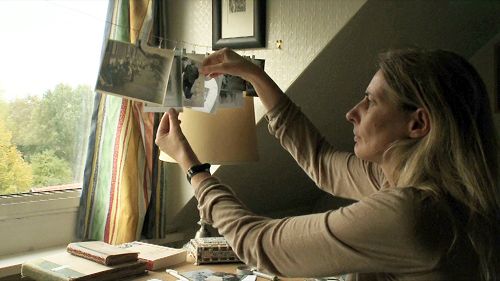 Director Nathalie Borgers turns the camera on herself and her family for Greetings From the Colony (5/8), the story of her Belgian grandfather’s “secret life” as a colonialist while stationed in Rwanda as a young man. There, he married a black woman and fathered three children… only one of whom, Borgers’ now-elderly estranged aunt Suzanne, made the journey back to Belgium as a small child (i.e., was taken by her father). Tracing family history and poring through old family photographs, Borgers reconstructs the events of the past and interviews a reluctant Suzanne about her troubled upbringing and whether she wishes to find (and reconnect with) any of her Rwandan family members.

Though interesting, the film wasn’t as moving as I’d expected, and – perhaps due to the detached nature of its central subject, who (understandably) isn’t exactly eager to revisit her painful past – it adopts an almost scholarly approach to what is, I think, a super-personal story. The film also feels like it ends prematurely, as though the most compelling moments were just about to happen when, instead, the credits began to roll.

Greetings… was preceded by a simultaneously thoughtful and frank short called Which Direction to Go? (5/8), which examines the choice between cremation and burial in the town of Winterthur, Switzerland. Interviews with funeral directors and crematorium staffers provide insight into why someone might choose one option over the other, but I was never sure whether the film’s director was hinting at his own impending demise and what he’ll have to decide for himself very soon. 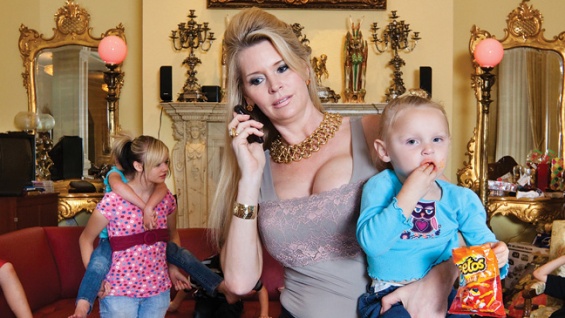 After a quick hike through pouring rain, I made it to my final film of the day – hooray! Director Lauren Greenfield’s The Queen of Versailles (7/8) is a horrifyingly fabulous look at the Siegel family of Orlando, Florida. Husband David is a billionaire, whose Westgate empire was built around a worldwide time-share business; wife Jackie is a surgically enhanced shopaholic and former Mrs. Florida, who lives in the lap of luxury and spends without limit. Together, they decide to build the largest personal residence in the United States – a 90,000-square foot mansion with, among other things, its own ice-skating rink, bowling alley, ballroom and spa, not to mention 13 bedrooms, 30 bathrooms and 10 kitchens.

Thing is, midway through the shooting of this doc about the construction of this humungous home, Wall Street crashes and the Siegels suddenly face a world of financial woes.

And that’s when things get really interesting.

When the good times go south, everything changes… except Jackie’s spending and seeming oblivion – either via delusion or denial – to the reality of the family’s situation. Watching the gradual erosion of the Siegels’ lifestyle is uncomfortable but nonetheless totally gripping, and their colossal misfortune winds up reshaping Greenfield’s film from a simple portrait of excess to a complex examination of the unwillingness to give up excessive dreams.