Sometimes, the fest doles out harsh realities to its filmgoers on screen. And, sometimes, it happens at the box office. Such was the case today for my mom, who wanted to join me for my 4pm screening but who found out – upon arriving at the box office first thing in the morning – that it was completely sold out. Even for seniors. Thus, she saw an early afternoon film and then, after a brief between-screenings chat with me, headed home. Alas. 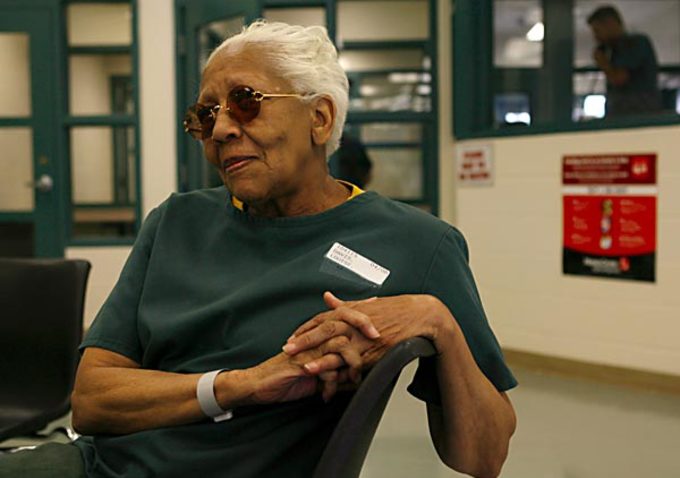 It’s too bad, too, because she would have loved The Life and Crimes of Doris Payne (6/8), a lively and entertaining profile of one of the world’s most notorious jewel thieves… who just happens to (now) be in her 80s and still at it! (Though, on a much smaller scale than in her 1950s, ‘60s and ‘70s heyday.) The filmmakers interview Payne who, with an infectious laugh and a completely unapologetic, decidedly proud manner, recounts tales from her globe-trotting, diamond-lifting past. That footage and fond reflection is juxtaposed with Payne’s present-day trial for stealing a ring from a San Diego Macy’s, and the fact that she faces the very-real possibility of several years in prison if convicted. My favourite fest moderator, Myrocia Watamaniuk, introduced the screening (yay!) and cautioned the audience that Payne would win us over… and she was correct. A lovable and engaging con artist to the core, the white-haired non-retired thief manages to charm both her victims and the viewer equally, making for a fun ride. 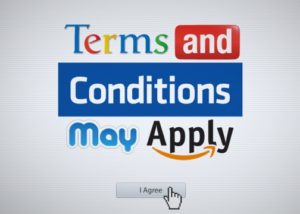 By contrast, my second film of the day is one that will – and should – scare the bejezus out of anyone who uses a computer, phone or any other means of digital communication. Terms and Conditions May Apply (6/8) feels like a product of the Michael Moore School of Documentary Filmmaking: it’s informative and snarky all at the same time, with cute and funny animation interspersed throughout. Director Cullen Hoback’s not- altogether-revelatory exposé revolves around the ubiquitous “user agreement” to which all of us “agree” when we sign on to websites such as Facebook, Instagram or LinkedIn, but also examines the breadth and depth to which personal data is collected online on everyone every single day. Inserting himself into the narrative in the same way that Moore or Morgan Spurlock might, Cullen crafts a film around a premise that isn’t overly surprising (is there anyone out there who doesn’t yet realize that online activity can be tracked?), but the extent to which we exist as data files perhaps is. The problem with the film is that it simply presents the problem, with only minor hints as to what the average citizen can do solution- wise to protect him-/herself (and that info didn’t come out until someone essentially asked “so, what can we do?” during the Q&A after the screening). At a brisk 79 minutes, it could easily have been extended a bit to include links and suggestions within its running time. 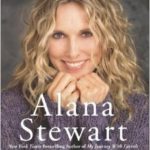