It was a three-screening day, and I got it started with one of my must-sees of the fest: director Brian Knappenberger’s Nobody Speak: The Trials of the Free Press (6/8). I’ve loved his previous films (including The Internet’s Own Boy and We Are Legion), so I was really looking forward to this one, and it did not disappoint. 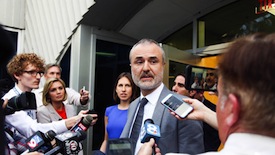 Anchored in the sex-tape court case between Hulk Hogan and Gawker.com, the film examines the inherent dangers when the wealthiest among us attempt to exercise control of the media because they don’t like what they’re reading/hearing. Chronicling the Hogan case – and another involving the secret sale of the Las Vegas Review-Journal to casino magnate Sheldon Adelson – Knappenberger’s doc reveals the backdoor dealings that can stifle (and try to stomp out) the freedom of the press, and features interviews with many of the key players, who share their experiences, fears and determination not to buckle. Rich and engaging, the film is undeniably timely and appropriately alarming, and features a not-unsurprising coda about the current U.S. President.

Something unexpected and mildly alarming happened when the credits began rolling, though. The audience clapped enthusiastically as Knappenberger appeared onstage for a Q&A, and a semi-standing ovation began, but through the din of applause came a very loud, booming, “BOOOOOOOOOOOO!” I thought I must have misheard but then it happened again. I finally spotted its source: a middle-aged guy sitting a few rows ahead of me, sitting in his seat. When the (standing and clapping) woman in front of him turned around, annoyed, to see what was going on, he yelled, “F**k you!”

I have no idea what he found so objectionable about the movie (I’ve seen some truly awful films at Hot Docs over the years, but have never ever heard anyone ever boo), and I thought maybe he’d shoot his hand up to ask a challenging question… but he didn’t. Or, at least not while I was there. Given the current political climate, I started to wonder if this guy might be a nutjob intent on making a point, so I opted to skip the rest of the Q&A and head to my next film. 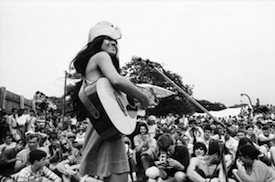 Next up was a last-minute addition to my roster, and one I selected largely because it was at the Lightbox, where its lineup would be indoors and I wouldn’t be knee-deep in rain. And I was delighted with my selection because Rumble: The Indians Who Rocked the World (7/8) turned out to be a rollicking, immensely informative and long-overdue look at the Native and Indigenous artists who helped shape American music. Tracing their roots back more than a century, the filmmakers shine a spotlight on musicians such as Link Wray, Jesse Ed Davis, Buffy Sainte- Marie, Robbie Robertson and more, who were influenced by their own Native culture and wove those influences throughout their work. Music-industry famous names and icons (from Steven Tyler to Quincy Jones to George Clinton) offer their observations about the amazing work and legacies of their peers, while an array of current and former Indigenous stars share their experiences. Filled with killer music and fascinating personalities, Rumble reminded me of (the amazing) Muscle Shoals (which Moviepie covered back in 2013) – a music doc that educates the public on a key facet of the industry not necessarily widely known by the people outside of it. 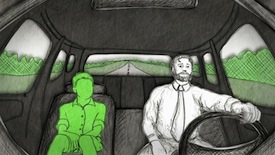 I had to hustle out of that screening and immediately get right back in line for my last one of the day. (Side note: all three screenings were packed!) The screening started with a wonderfully charming short called The Talk: True Stories of the Birds and the Bees (7/8). Through some brilliantly clever digital and stop-motion animation, the film features various guys recounting how their parents talked to them about sex. Funny and universally appealing, I look forward to the inevitable follow-up featuring women telling their stories.

It was followed by Ask the Sexpert (6/8), director Vaishali Sinha’s profile of 90-year-old Dr. Mahinder Watsa, whose Mumbai-newspaper sex-advice column is wildly popular,

offering guidance, counsel and instruction to the masses, while his detractors accuse him of indecency and promoting moral decline. Sharp, funny and unfazed by the often unbelievable questions his readers ask – which are a not-surprising byproduct of the taboo nature (and woeful lack) of sex education in India – Dr. Watsu, a former gynecologist, also proves to be a tireless, progressive crusader for gender equality and women’s rights in a decidedly patriarchal society where attitudes toward women (especially as they pertain to sexuality) are often antiquated. Sinha’s film is entertaining and surprisingly moving, equal parts on-the-job observation, with Dr. Watsu fielding countless questions from concerned readers who show up at his door, and interesting character study of a modest pioneer who’s regarded as a celebrity by fans young and old… even if some won’t necessarily admit to reading his column. 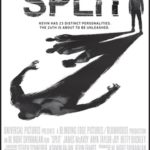