Sometimes, I see a documentary that leaves me squirming in my seat out of sheer frustration, and that was certainly the case with The Manor (2/8), a purported slice-of-life of documentary that feels like an exploitative product of the Here Comes Honey Boo Boo School of Entertainment. 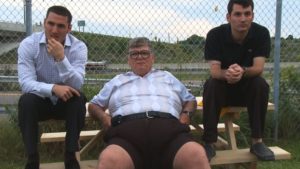 Director Shawney Cohen trains his lens on his own dysfunctional family and the family business: the titular (pun regrettably intended) Guelph, ON, strip club. The result, described as a “tragi-comic family portrait” is, in fact, way more tragic than comic – Cohen’s father is a boor, his mother is anorexic and suffering from depression (she speaks of killing herself more than once), and his brother is painted as a sexist asshole. There are a number of sequences in the film that are obviously completely staged for the cameras – a naked stripper walking in as Cohen introduces his new girlfriend to his dad, numerous “hey, let’s randomly talk about all the Big Issues while we hit some golf balls or sit in the yard” conversations – and the film’s final five minutes completely invalidate everything that came before. The entire thing felt more like the pilot for a new reality show than a legit documentary that needed to be made. 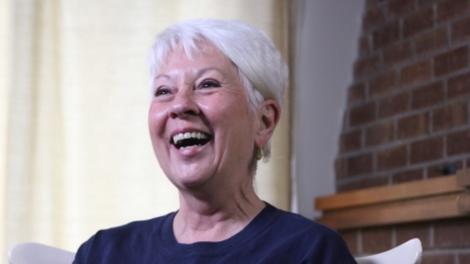 By contrast, sometimes, I see a documentary that makes my heart sing. Director Alan Zweig’s 15 Reasons to Live (6/8) isn’t quite as amazing as his Unloved, but nonetheless makes for uplifting, inspirational, poignant and funny viewing. In the film, inspired by a series of essays by Ray Robertson, Zweig interviews 15 people about the unique passions, problems and pasttimes that give their respective lives meaning, from a man tending to his father’s aviary to a mother who embraces solitude by sitting at her local mall or a former mountain climber struck down by paralysis. The doc is structured in “chapters,” and some work better than others. “Intoxication” and “Critical Mind” are a little weak; “Humour” and “Home” are very strong; and Zweig’s own contributions, “Individuality” and “Death” are breathtakingly great.

And, sometimes, I see a documentary that, while shocking, nonetheless leaves me feeling numb instead of outraged or overjoyed. Daniel Krauss’s The Kill Team (5/8) is such a film. The story follows U.S. soldier Adam Winfield who, in 2010, blew the whistle on his platoon and superiors for routinely killing random citizens (including a teenaged boy) while stationed in Afghanistan. Told through a series of interviews with Winfield, his distraught parents (who tried their best to help their son navigate the military and judicial minefield into which he was stepping) and a number of his fellow soldiers (at least one of whom comes off as mildly sociopathic and somewhat unrepentant), the film traces the events from the Middle East to the courtroom in which Winfield found himself once he returned from his tour of duty. Unfortunately for the U.S. military, this documentary does nothing to dispel its increasingly problematic image as a violent, often corrupt and rampantly unregulated organization (see also: last year’s The Invisible War).