As my Hot Docs 2016 gets underway today – see you in line! – here are a few of the films I managed to see at advance screenings. 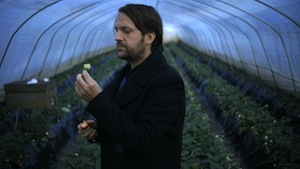 Let me begin my saying: if you’d like to watch a live snapping turtle be killed and sliced apart on camera, in all its horrifying detail (I actually had to look away, lest the images be burned into my memory forever), then this is the film for you. Likewise, if you’re a hardcore foodie who thinks ridiculously priced appetizers the size of a golf ball are worth every penny, and you’re desperate to get up close and semi-personal with famed chef Rene Redzepi so that you can watch him wax poetic about his cuisine or wander a Japanese forest eating twigs and leaves in search of new flavours, by all means buy your tickets. But, for me, this doc – which follows Redzepi and his NOMA restaurant team as they prepare to launch a pop-up restaurant in Tokyo – was yet another niche food film that caters to a very specific audience of which I’m not a member. I found it all kind of pretentious, frankly, and the film itself lacking depth. 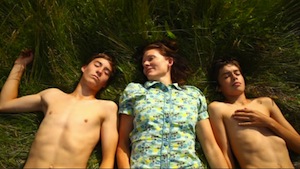 A novel-enough concept, and one that will draw inevitable comparisons to Richard Linklater’s Boyhood, Norwegian director Aslaug Holm’s film spans eight years in the lives of her two sons, Lukas and Markus, but watching it is a bit like sitting through nearly two hours of someone else’s home movies. Without a clear narrative structure and jumping back and forth in time so it’s never quite clear how old the boys are at any given moment, the doc follows Holm’s sons at home, school and on the soccer pitch as they perform ordinary tasks: clean the kitchen, do their homework and practice shot-stopping. The problem is, nothing really happens – the boys get older (and then younger and older and younger, over and over) and occasionally offer entertaining sound bites, which may be interesting for their parents to watch but doesn’t make for especially compelling viewing. 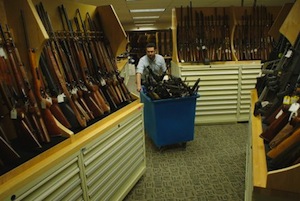 Maybe it’s because I’m Canadian, or just naïve, but I had no idea the depth, breadth and scope of the NRA’s power in American politics – which was just one of many revelations in director Stephanie Soechtig’s fact-filled gun-control- advocacy doc that is as alarming as it is heart- wrenching. Executive-produced by Katie Couric, who also conducts some of the film’s interviews, Under the Gun puts gun ownership and gun regulations in the U.S. under the microscope, and presents solid argument after solid argument that – guess what? – more guns do not equal a safer population. Interviews with the grief-stricken (but empowered to action) parents of shooting victims and gun-safety activists also provide powerful punctuation marks on Soechtig and Couric’s crystal-clear anti-gun message, and give the film much of its emotional heft. 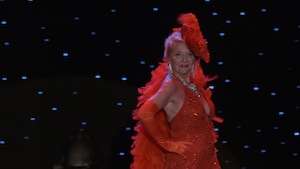 Following in the tradition of a few recent festival openers, this opening-night film was decidedly underwhelming. Director Rama Rau’s documentary is clearly geared towards those with existing knowledge of, and interest in, burlesque, as it profiles seven former burlesque dancers – now in their 60s and 70s – as they prepare to attend a Burlesque Hall of Fame ceremony in Las Vegas. With stories that range from outrageous (Camille 2000’s life could be its own film) to the fascinating (two black burlesque dancers discuss how race affected their employability), the women reflect on their lives and careers… but there is a lack of context to the project that would have been helpful. What is the Burlesque Hall of Fame? Is it a building? An organization? Why is each woman being inducted – just because she was once a dancer, or is there a specific reason each one is being honoured? After seeing the film, I don’t know. Which is too bad. 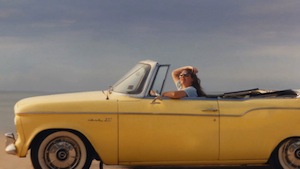 Poetic, melancholy and ultimately tragic, this meditative and moving documentary examines the often-unseen plight of the mentally ill, as it recalls the life of Linda Bishop – a woman who slowly died of starvation, alone and immersed in her own delusions in a New Hampshire farmhouse, despite being a mere 500 feet from her nearest neighbors. Directed by Todd and Jedd Wilder, the film unfolds beautifully, using journal entries from Bishop’s last several months alive as its framework (in voiceover read by Lori Singer), while her friends and family reflect on the vibrant sister, friend and mother, who gradually succumbed to psychosis. With gorgeous cinematography and troubling first-person accounts of how Bishop devolved, the Wilders use her story to deliver an unfortunate (but terrifically subtle) glimpse of the psychiatric-healthcare system’s failings.