Okay, now that my anti-smartphone rant is done, I can get back to the business at hand: recapping my festivalgoing and sharing more new reviews.

I’ll admit that I really wasn’t familiar with the work of the subject of my first film of the day, Mr. Fish: Cartooning from the Deep End (6/8),

before sitting down for the screening. For the uninitiated (like I was!), Mr. Fish (real name: Dwayne Booth) is a gifted, button-pushing editorial cartoonist, whose work is as revered as it is controversial – as director Pablo Bryant said before the screening: if you’re easily offended, maybe this isn’t the doc for you. Thankfully, I don’t fall into that category, and was rewarded with a fun, insightful portrait of an artist as a wise-ass man: Fish is sharp and smart, and pours both of those things into his politically-centric cartoons, but his pursuit of his artistic dreams runs headlong into the financial reality of having a career in a creative field.

Next up was the much-buzzed-about The Fourth Estate (7/8), which was actually the first episode of director Liz Garbus’ upcoming

four-part docuseries premiering on May 27th on Showtime (in the U.S.) and CraveTV (in Canada). The series takes audiences behind the scenes at The New York Times, revealing the inner workings, struggles, conflicts and victories of its assorted bureaus and editorial teams. The first episode chronicles Donald Trump’s first 100 days in office – not about what happened politically, but how the day-to-day craziness of his presidency was tackled by the NYT journalists: what’s covered, and how? And by whom? And who gets final say on what goes to print? And how do they deal with what feels like non-stop breaking news? As someone who works in publishing, I found it all completely riveting. Garbus’ fly-on-the-wall approach delivers fascinating characters and stories, and I cannot wait to see the next three episodes!

My last film of the day was Afghan Cycles (5/8). Directed by Sarah Menzies, the film profiles some of the members of Afghanistan’s national women’s cycling team and, more alarmingly, the threats and violence they face from a society that views their sport as immoral for women.

Less about the cycling itself and more about the young women doing the riding and why they ride – this isn’t a training-for-the-big-game-type movie where we learn about diets and training regimens and injuries – Cycles is a sometimes-moving character study of a group of determined athletes. It does, however, switch gears a little over halfway through and becomes a different movie. The result wasn’t what I expected (based on the synopsis on the Hot Docs site), but was still engaging and the women profiled are all compelling. Also, the interview Menzies scores with a masked extremist – who spouts his views on women (shocker: he believes the cyclists should be punished if they ignore his threats) and waxes poetic about mowing down “infidels” – wins the prize as the most chilling thing I’ve seen at this year’s fest. 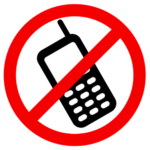 PreviousHot Docs 2018 #9: For the love of cinema, please TURN OFF YOUR PHONES!NextHot Docs 2018 #11: Encounters, Earth and Editing