The weather forecast for Thursday was grim: rain. I was seriously considering skipping my first film of the day because it was at Hart House, meaning an outdoor lineup. Thankfully, I decided to take my chances and Mother Nature very graciously held off until after we were let into the theater (though I do think the potential for sogginess did keep many filmgoers away).

That first film was United We Fan (6/8), an affectionate look at passionate television fans and their assorted campaigns over the years to save their favorite shows from cancellation – or even resurrect them after the networks have given them the axe.

(Full disclosure: way back when at the dawn of the internet, I took part in a campaign to save My So-Called Life. We failed, but I still have the T-shirt.) Directed Michael Sparaga, the doc introduces us to a number of present-day fans, as well as some of the iconic characters in the fan-support movement, including Bjo and John Trimble, who saved the original Star Trek from the chopping block, and Dorothy Swanson, the founder of Viewers for Quality Television (VQT), whose stamp of approval was, for a while, sought by every television producer with a show on the air in the 1980s and ‘90s. Lighthearted and insightful, the film is probably best enjoyed by a slightly older audience (much of the film deals with older series and letter-writing campaigns, which may not click with a millennial crowd)… unless you’re producer Barney Rosenzweig, who comes off as a bitter, entitled jerk who believes (to this day!) he deserved VQT’s perpetual support, even if a series with his name on it was sub-par.

Some of my favorite things about Hot Docs are the unexpected gems you discover when you select some random film only because it fills a gap in your schedule. Sometimes, you end up with a total dud, but other times you strike gold. The latter is what happened today

with director Bing Liu’s poignant, lovely and raw Minding the Gap (7/8), which weaves together the themes of friendship, responsibility, race and the repercussions of domestic violence, all set against the backdrop of skateboarding. The subjects of the film are Liu and two of his longtime friends – Zack, a gregarious young guy with a serious drinking problem, and Keire, a lovable goofball with a surfer-dude vibe – whom Liu has been filming (for skateboarding videos) since they were all in their mid-teens, resulting in about a decade’s worth of footage from which he crafts his smart, surprisingly moving story about growing up. Some sequences are uncomfortable to watch – Liu interviewing his mother about his abusive stepfather, Zack and his girlfriend screaming profanities at each other in front of their infant son – and others are so beautifully sublime. The resulting film possesses a solid arc and some stunningly beautiful skateboarding footage, and delivers three very different young men for whom the audience can’t help but root. As an aside, it also screams out for a sequel, so audiences can find out how each of the subjects fares over the next several years.

My final screening of the day was director Stephen Maing’s Crime + Punishment (6/8), which tells the story of the “NYPD 12”: minority officers who blew the whistle on the New York City Police Department’s use of quotas (for arrests and summonses) in 2014, and who

suffered retaliation and resentment as a result of speaking out. Revealing systemic racism – officers were instructed to meet unreachable quota numbers by specifically targeting members of disenfranchised communities – the documentary unfolds like a procedural drama, packed with hidden-camera footage and introducing us to many of the 12 and their lives/experiences, alongside private investigator Manny Gomez, who works to defend those scooped up in unnecessary and unjustified quota arrests. Though a bit slow at times (Maing probably could have cut some of the extended B-roll in spots), the doc shines a light on a hot-button issue and exposes one of the roots of the “bad cop” problem, which probably stretches into precincts across North America. 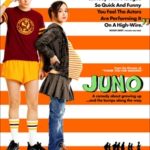