We’ve been eye-deep in pre-festival screeners and can say with some degree of confidence that this year’s lineup seems more jam-packed than ever with awesome docs. (Nice work, programming team!) Here are five truly exceptional films that deserve a spot (or five) on your list of films to check out at this year’s fest. 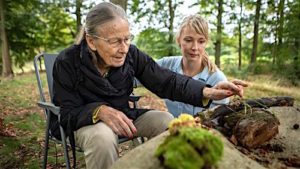 Every Hot Docs, there’s one film that forever embeds itself in my brain or my heart, and stays with me for years and years afterward. There’s little doubt in my mind that Louise Detlefsen’s quietly profound, beautifully nuanced and hugely moving cinema-verité look at an idyllic nursing home will be that film this year, as I haven’t stopped thinking about it since I watched it weeks ago. Located in the beautiful Danish countryside and founded by nurse May Bjerre Eiby, Dagmarsminde is a quaint long-term care facility for dementia patients, and is unlike any you’ve ever seen before. Here, Eiby’s “Compassionate Treatment” approach embraces (literally and figuratively) kindness, affection, patience and understanding over the isolation, sedation, confusion and loneliness that typically plague homes for the elderly. Shot over the course of a year, Detlefsen’s film — which faced the additional challenge of having subjects who might not remember her or her crew from day to day — introduces us to Dagmarsminde’s angelic staff, and the dozen or so often-colorful, sometimes-heartbreaking residents for whom they care. We watch as the group celebrates milestones and mourns passings, each gentle touch or reassuring hug or kind remark from the staff a heart-swelling testament to the nourishing power of love, kindness and creating moments of joy, however fleeting, in the face of such darkness. (The tenderness with which the nurses treat the residents, whose dementia varies from moderate to severe, repeatedly brought me to tears.) Eiby’s groundbreaking work — inspired by Florence Nightingale and the notion of empathetic, compassionate nursing care — is, like this contemplative documentary, insightful, remarkable and something I won’t soon forget. This is a film that everyone needs to see. 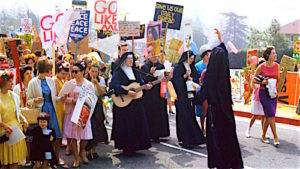 As someone who went to an all-girls’ Catholic high school and was taught by a number of fierce, fabulous nuns, I was immediately drawn to the subject matter of this inspirational, motivational, entertaining film from director Pedro Kos (The Great Hack). And I’m pretty sure some of the Sisters who taught me would have been ideological kindred spirits with the women of Immaculate Heart. Kos’s film chronicles the rise, fall and resurrection of the aforementioned order in Hollywood, Calif., whose nuns — including Sister Anita Caspary and renowned pop artist Corita Kent — were considered radicals by the (oppressive at the time) Catholic Church for their (progressive at the time) views on feminism, equality, social justice and human rights… not to mention their desire to escape from under the controlling, repressive power of the draconian local Cardinal. Determined, courageous, intelligent and creative, the Sisters persisted (persistered?) despite being condemned for largely benign requests, such as being able to ditch their habits to wear clothes that matched the jobs they were doing, or being allowed to actually get a college education themselves before they were required to become teachers in area schools. The fabulously informative doc, which will stream on discovery+ later this year, not only introduces audiences to this important but little-known group of trailblazing women, it models what the Catholic Church could be doing to reform itself and evolve in an age when old rules should no longer apply, and when more and more Catholics are heading for the door. 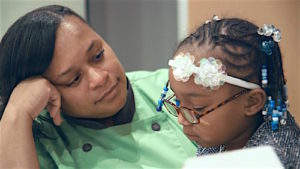 For me, one of the fundamental elements of any great documentary is an ability to efficiently and effectively get you to become emotionally invested in its subjects, and this compelling and quietly powerful film from director Jennifer Redfearn does exactly that, right from the jump. Shot over the course of a few years, the perfectly paced doc trains its lens on three women: Tomika, Amanda and Lydia — all moms, all incarcerated in an Ohio prison for drug-related offences. Tracking the women’s ups and downs as they navigate the system and attend programs aimed at helping them reintegrate into society after their release, Apart shines an eye-opening light on the emotional and psychological impact of incarceration on both the inmates and their kids. Much like 2019’s women’s-prison-reform documentary Conviction, Redfearn’s film had me on the edge of my seat, desperately rooting — sometimes through tears — for each woman to not only succeed (something I knew, having seen Conviction, isn’t always a given outcome in docs like this) but to flourish. 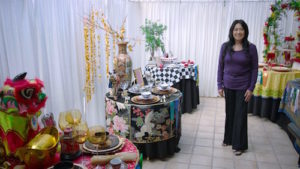 Competition docs — that is, documentaries about people competing — are a staple at Hot Docs. In the past, I’ve been to films about competitive cheerleading, dancing (assorted varieties), pinball, ping pong, Scrabble, bodybuilding, cross-country racing, wheelchair rugby, dog grooming, science fairs, video games and even a crossword-puzzle tournament. So, unsurprisingly, I was ALL OVER Set!, a documentary about competitive “tablescaping.” Wildly fun and entertaining, and very similar in tone to the equally quirky Catwalk: Tales from the Cat Show Circuit, director Scott Gawlik’s lively, cheeky doc follows nine (!) participants as they prep, plan and procure props for the Orange County Fair’s annual tablescaping competition in a bid to take home the coveted “Best in Show” honors. With nothing other than bragging rights at stake, these fierce competitors pull out all the stops — and, for some, thousands of dollars — to create fanciful decorative place settings. At the outset, someone even remarks that tablescaping competitors are “out for blood,” which was perhaps a teensy bit hyperbolic but not entirely inaccurate. From sweet, creative Tim to acerbic and “controversial” Hilarie to yin/yang mother/daughter team of Marie and Christel, these tablescapers are fantastically endearing, and this equally fabulous doc chronicling their quest to be the best is a flat-out delight, destined to be one of the biggest crowd-pleasers at this year’s festival. 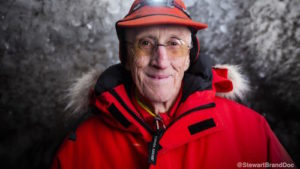 Remember that now-iconic scene in Jurassic Park, when Jeff Goldblum’s character remarks that scientists were so preoccupied with what they could do that they didn’t stop to think if they should do it? That’s sort of the underlying theme in this profile of Stewart Brand, a life-long radical thinker, tech visionary and conservationist focused on fighting climate change, who’s become something of a scientific pariah due to his work on de-extinction. Directed by David Alvarado and Jason Sussberg, the film tracks Brand from his early days befriending woodland critters as a boy, through his hazy, hippie days in the 1960s and ‘70s as editor of The Whole Earth Catalog (think: Google, but in print form), and his controversial present-day efforts to harvest and clone DNA from extinct species (the American chestnut tree and the woolly mammoth, for starters) in order to bring them back from extinction. Yes, that’s right: woolly mammoths. While his goals are noble, believing that extinct species can revitalize dying ecosystems, there are plenty of experts who decry what he’s doing and warn of the potentially dire consequences of opening this kind of genetic Pandora’s Box. Fascinating and informative, this doc is a surefire conversation-starter, and one of those films that makes me feel like I got just a little smarter watching it. To me, it was reminiscent of 2019’s equally thought-provoking Human Nature, about the CRISPR gene and gene editing — both films shedding light on potentially revolutionary technology that can simultaneously help and harm.