Some of these films were very good, one was kind of stinky, and the others fall somewhere in between. Here are the last five of the reviews for the 2019 films I saw before the fest got underway. I’m primed and ready to start hitting screenings at the festival starting on Friday the 26th!

Buddha in Africa (5/8)
Sometimes it’s hard to distinguish between the icky feeling you get from a documentary’s subject matter and the one you might get from the documentary itself. This is one of those films, but I’m pretty sure my uneasiness rests with the former not the latter. 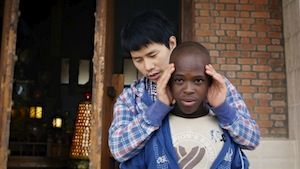 Directed by Nicole Schafer, the doc is set at the Amitofo Care Centre, a Chinese-run “orphanage” in Malawi, where hundreds of kids (from toddlers to teens) are indoctrinated into the Buddhist way of life by extremely strict teachers, and overseen by a monk who’s as calculating about attracting wealthy donors as he is serious about having his charges follow his teaching. The kids are given Chinese names, taught to speak and write Chinese, fed a vegetarian diet and expected to adhere to an extremely regimented schedule, and the film follows a teen named Enock (whose Chinese name is “Alu”) as he prepares to graduate from the Centre and decide how he wants to spend the rest of his life. He’s a riveting figure with astounding martial-arts skills, but his experience and those of his fellow “orphans” is nonetheless a troubling one. One gets the sense that the Centre staff are “behaving” while the cameras are rolling – there’s one disturbingly tense sequence involving a teenaged student, who refuses to obey one of Enock’s favorite teachers, and you can tell the teacher is just itching to unleash a serious beating but is hesitating because of the camera. It also seems like the kids are being “harvested” from villages, and that the price for the opportunity they’re given seems to be losing their own heritage in the process. The doc raises some questions about globalization and colonization, and is another one of those films that I would love to see with a public audience, because I had more questions than answers when its final credits rolled.

Framing John DeLorean (6/8)
This biographical doc from directors Jon Argott and Sheena M. Joyce traces the rise and fall of the infamous automaker, who went from GM golden boy to international auto maverick to convicted criminal after being caught in a cocaine-trafficking sting. Combining archival footage, interviews 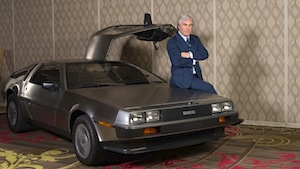 and dramatic reenactments – starring Alec Baldwin (as DeLorean), Morean Baccarin (as Cristina Ferrare) and Josh Charles (as DeLorean’s former business partner and engineer Bill Collins) – of pivotal moments from DeLorean’s life and career, the film hopes to reveal the truth about the man behind the myth. There are interviews with DeLorean historians, DeLorean’s children, his former colleagues, and even employees from the Northern-Ireland factory where his eponymous automobile was manufactured. It’s a well-rounded portrait of a complicated and somewhat enigmatic man, who had it all and then lost it. At one point in the film, Baldwin notes (and I’m paraphrasing) that it’s dangerous being someone who takes risks and succeeds, because you then get a false sense of invincibility that can lead you take bigger, more dangerous risks. That’s a perfect encapsulation of DeLorean. The reenactments are great, and the whole things is reminiscent of 2017’s Becoming Bond, the documentary about George Lazenby: it’s light-hearted and entertaining, while also being informative and reverent. My only quibble is that they start out by saying no film of DeLorean’s life has been made, but what about the 2018 biopic Driven, starring Lee Pace?

On the Inside of a Military Dictatorship (5/8)
Hands down, this biography of Aung San Suu Kyi has the clunkiest title of any film at Hot Docs this year, which is too bad because the doc itself is fairly interesting, shining a light on a somewhat enigmatic global figure. 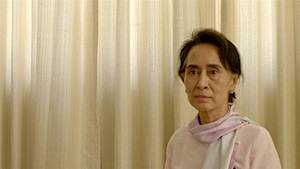 Directed by Karen Stokkendal Poulsen, the film traces Suu Kyi’s turbulent political journey from longtime political prisoner to Nobel Peace Prize recipient to divisive lame-duck leader, and the 50-year military dictatorship that ruled Myanmar (formerly Burma) during that time. While the doc is enlightening – admittedly, I knew very little about the military/political situation that led to her leadership coming with a whole bunch of restrictive strings attached ¬– it’s also a little uneven. There’s also some out-of-place narration by the director, which detracts from the proceedings and feels intrusive. Suu Kyi is a fascinating woman, but gets comparably less screen time than her military counterparts, and this doc should theoretically be her opportunity to tell her side of things… but that doesn’t really happen, so (intentionally or not) the film seems to almost be a condemnation of her rather than a revelation.

Recorder: The Marion Stokes Project (5/8)
Director Matt Wolf’s biographic doc is a compelling story of fierce (if unusual) dedication to a cause: its titular subject is an American woman who videotaped the national and local news all day, every day, for almost 30 years. Wealthy, and with multiple VCRs recording 24/7, 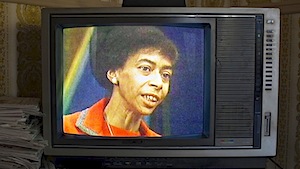 she wanted to create an archive of how information was shared via television – before the era of “fake news,” she was keeping a fastidious account of the social and political climate, especially as it related to race relations – and amassed some 70,000 videotapes in the process. Interviews with her son, and some of her closest confidantes and caregivers (including her chauffeur), paint a portrait of an eccentric soul whose zealousness gave way to an all-consuming obsession, but the film itself could probably have been about 20 minutes shorter. There’s an abundance of oddly prescient clips from the past about race, class, discrimination, etc., that are still eerily relevant in 2019, but some of them run on far too long (the 9/11 sequence, in particular) and start to feel more like filler to get this doc to feature length.

The World or Nothing (2/8)
Purported to examine the quest for fame in this social-media age, this tedious, pointless documentary from director Ingrid Veningers feels like a 10-minute short film that’s been (needlessly) expanded to feature length. Its biggest problem is that its two stars – 29-year-old twins 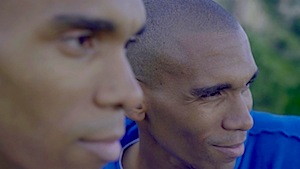 Rubert and Rubildo, would-be rap/dance artists from Cuba seeking internet fame in Spain – are simply not that interesting or talented. Sure, they have some talent… but not the kind of OMG-hidden-gems-the-world-needs-to-know-NOW talent that would actually merit a documentary. The film follows them through their day-to-day activities which, unfortunately, are also fairly uninteresting. Most of the film is one scene after another of the brothers rehearsing, or editing video (yawn), or performing for the camera – none of that is compelling and it gets repetitive very quickly. There are two other key problems: 1) The brothers’ thirst for fame is off-putting. It makes them seem desperate and needy, as they constantly ask people to give them “likes” on social media or to follow their feeds. Everything they do is to get followers on social media, not to better the world or themselves, and that doesn’t make for especially likable or relatable characters. 2) Several scenes are very obviously staged for the camera, and some shots are clearly choreographed to have extras walk through the frame at key moments (which immediately makes one question how much of the rest of the film is also manufactured for the camera). I’m not entirely sure what the viewer is meant to glean from the film (maybe it is intended ad a cautionary tale about how devoting your life to social-media fame is tiresome and futile?), but all I got was a sense that I’d just wasted 80-ish minutes. 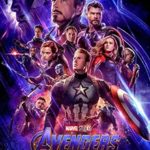