When you attend Hot Docs year after year, you start to discover filmmakers whose work you seek out at subsequent festivals. Back in 2013, I saw – and loved – Jason DaSilva’s When I Walk, which was a deeply personal examination of his multiple-sclerosis diagnosis and its debilitating effects, captured over about six years. The film stuck with me, and I’ve referenced it many times over the years, often wondering what happened to him.

So, when DaSilva’s follow-up, When We Walk (7/8), was announced for this year’s Hot Docs, it was a no-brainer for me. It was the sole Absolute Must-See No Matter What film for me at the festival, and I made sure to schedule the rest of my films around it somehow.

I must admit that I was a bit saddened when I showed up for the screening at the Bader and saw a very small line of ticketholders – did no one know about this talented filmmaker and/or his previous film? Even when moderator Alex Rogalski introduced the film and asked how many had seen When I Walk, only a few of us raised our hands. Hopefully, though, the sequel – which is just as moving and affecting as its predecessor, but in a whole new way – will spur people to seek out is predecessor. Anyway… 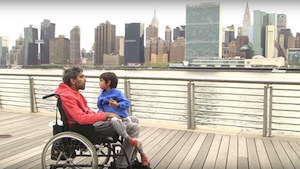 The film is essentially a cinematic love letter to his young son, Jase, and begins with his birth. But marital and familial bliss for Jason and his wife Alice starts to erode as his condition continues to worsen, the extent to which he can function out in the world unassisted becomes increasingly limited, and “caregiver fatigue” pushes Alice to a breaking point. It’s all quite the jarring contrast to the (perhaps idealistic in hindsight) couple we met at the conclusion of When I Walk, and it’s not long before they separate, leaving Jason distraught and dismayed. The film is his way of sort of explaining his side of the story, but also a way to capture his thoughts, advice and history on film as a time capsule his son can watch – and learn from – later in life. It’s also a revealing look at the inequality of health-care options from state to state, and the challenges that poses to anyone with a disability.

Many tears were shed by those of us in the audience, as the story on the whole is not an especially happy one, especially when DaSilva reveals his EDSS (Expanded Disability Status Scale) score. DaSilva was in attendance for the screening and earned a standing ovation, and even Rogalski got a bit choked up during the Q&A. Seeing DaSilva and his new film six years later was a bit like catching up with an old friend – one you hope you’ll get to see again someday. 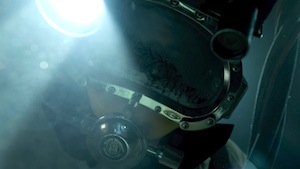 With a Hot Docs Crying Headache™ in full force, I headed to my second (and final) film of the day, the underwater-rescue thriller Last Breath (6/8), which chronicles the efforts of a dive team in the North Sea as they race to locate and rescue one of their colleagues, who’s some 200-ish meters below the surface during a violent storm, and untethered from the literal lifeline that connects him to the ship. Oh, and just to make things a smidge more challenging: he’s also only got a five-minute emergency reserve of oxygen. Using a combination of CCTV footage from the ship and its divers during the incident, alongside recreations of moments not captured on camera and interviews with all the key players, directors Alex Parkinson and Richard da Costa craft a tense, taut documentary that will almost certainly find its way to a Hollywood remake (the entire time I was watching, I was mentally casting the big-screen “based on actual events” adaptation that will inevitably materialize). Though savvy viewers will be able to telegraph the ultimate outcome, it’s nonetheless an exciting “HOW can they possibly rescue this guy in time?!” experience packed into a tidy, entertaining film. It was a nice way to conclude the day.