Who is Jack Reacher? Among other things, he is a man who can solve crime scenes by squinting a lot, taking no notes, and standing really close while talking to hot defense attorneys.
By Lindaon December 21, 2012
0 Comments
Our Rating 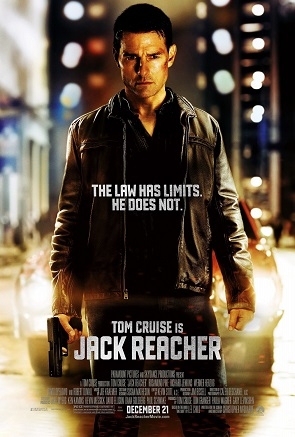 Unlike the millions of fans of Lee Child’s Jack Reacher books, I had never heard of the guy. I may as well be the equivalent of Richard Jenkins’ jaded district attorney. One of his suspects, instead of confessing to a sniper shooting of 5 random people on the Pittsburgh riverside, scrawls a note: “CALL JACK REACHER”. Who the heck is Jack Reacher? Batman?

No, he’s Tom Cruise, with his puffed up chest and exaggerated, arm-swinging butch swagger. Jack Reacher is a mysterious badass who is impossible to find (he is a ghost, a mystery). He’s ex-military police, a man without a home, a man without an identity, a man who is inexplicably introduced with a single shot of a naked woman getting out of his bed and snapping on her thong. But he is also a man who can solve crime scenes by squinting a lot, taking no notes, and standing really close while talking to hot defense attorneys (like Rosamund Pike).

Reacher, who instantly is trusted by the hot attorney, steals cars, flirts with women, kick ass, and basically has the whole case figured out, while he kindly waits for the attorney to play catch-up. In the meantime, thug after thug is dispensed of, until we reach the ultimate confrontation with the man behind it all, “The Zec” (Werner Herzog). You know The Zec is badass because he chewed off and ate his own fingers to survive the Soviet Gulags. You know he is badass because he has one cloudy blue eye. He is badass because you just know he can wax poetic about prehistoric caves and glaciers and grizzly bears.

But wow. This is a big, dumb movie. The tone is off from the start, basically because you are not exactly sure how to take Tom Cruise in the role. Everyone now knows (even non-fans), that the character of Reacher is supposedly 6’5″ and blonde. And, well, everyone also knows that Cruise is not (though the way he carries himself, it is almost like he is trying to LOOK taller). The movie itself is not campy enough to be camp, though there seems to be an attempt to smirk self-consciously at the comic-book script. Poor Rosamund Pike sports basically one consistent look of startled fear throughout the movie (aka the worst poker face ever). And despite Herzog and a late appearance by Robert Duvall, the presence of fine actors can help this dud.

Who knows what fans of the book will think? Will they hope this is the start to a new film franchise, with Cruise as the star? Honestly, for the rest of us, Jack Reacher is not interesting enough to inspire one to pick up a book and read about more of his adventures. 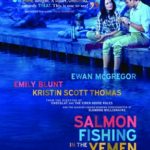 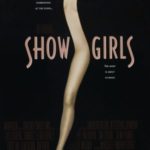