Holy hell. What a hot mess this movie is.
By Lindaon February 6, 2015
0 Comments
Our Rating 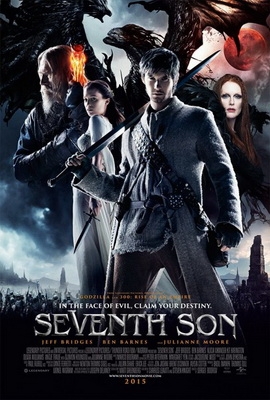 Sadly, Seventh Son isn’t even one of those spectacularly campy, so-bad-it’s-good misfires, redeemed by unintentional humor or deliciously over-the-top performances. This one misses the mark by such a gargantuan margin that I have to assume there was never actually a mark to hit in the first place.

Set in I-don’t-know-when, in the fantasy realm of I-really-didn’t-care-where, this low-rent epic-fantasy bore centers on a good vs. evil battle. On one side is decrepit, marble-mouthed drunk of a demon hunter (or witch killer or whatever the Hell he is) named Master Gregory (Jeff Bridges, in a performance so awful as to not be believed… but more on that later). On the other is perpetually crabby and allegedly all-powerful witch Mother Malkin (Julianne Moore, no doubt silently wishing she’d never signed on for this dud), who was apparently imprisoned for years by Gregory but who’s somehow managed to escape for no other reason than there would be no movie if she hadn’t.

Thanks to his line of work, whatever it is, Gregory has a poor track record when it comes to keeping his apprentices alive. So, after Malkin – channeling Cruella de Vil – lets it be known that she’s back in action and desperate for vengeance, Gregory enlists the aid of farm-boy-turned-new-assistant Tom (Ben Barnes). That’s right, Tom. Amid dragons and witches and demons and magic sparkles that render evildoers powerless, there’s Tom. Hooboy! You just know you’re in for a WILD, fantastical ride when your strapping hero has a name as magnificent and exciting as Tom!

A newbie to the world of demon hunting, Tom needs lessons… which Gregory provides in the typical, wildly clichéd “mentor who rides you extra-hard because he knows you’ve got what it takes to succeed, dammit!” way. At the same time, Tom finds himself smitten with a comely young lass named Alice (Alicia Vikander)… who just happens to be Malkin’s niece. To say their relationship might grow complicated is to care far too much about what goes on in this lame story.

Before you can say, “OMG, that’s the worst CGI serpent I’ve ever seen!”, one pointless, tedious battle after another unfolds, be it a one-on-one fight sequence between nemeses or an all-out villagers-against-the-marauders extrava-yawn-za, obviously designed to show off what the filmmakers believe are their sweet, sweet digital effects. Honestly, I wanted to scream out, “NO ONE CARES!” at least a half-dozen times.

From those time-wasting onscreen scraps to all the hysterical implausibilities – for example, Alice looks like she’s about 18, and her mother (Antje Traue) seems to be 25 (which is about right, since the actresses are only seven years apart in age), nevermind the fact that the former is Swedish and the latter (who’s playing the sister of American Julianne Moore) speaks with a pronounced German accent! – everything in Seventh Son feels totally thrown together. It’s not compelling, it’s not interesting, it’s not fun, it’s not coherent and, even at a meager 102 minutes, it feels like the movie that will never end.

Oh, and did I mention the movie is also in 3D?

So its rankness is, quite literally, overwhelming. The whole thing is “very loosely” based on a young-adult book called The Spook’s Apprentice, and I imagine its fans (not to mention the book’s author) will be deeply disappointed in the cinematic incarnation. “Loosely” is an understatement: for starters, the novel’s Tom is a 12-year-old boy, while the movie stars 33-year-old Barnes.

I feel bad for the cast – especially Moore. I’m sure, poised to win an Academy Award, she wishes this debacle had stayed buried on the backlot shelf where it’s languished, unreleased, for more than a year. Though, to be fair, she’s probably the best one in this clunker. Many of the actors are actually English (and talented) but are inexplicably forced to adopt American accents (and spit out leaden dialogue). Then there’s Bridges, in a league of profound weirdness all his own. For reasons known only to him and (maybe) director Sergei Bodrov, he puts on some sort of quasi-Gandalf affectation along with a completely ridiculous extreme-underbite, so that he behaves as though he’s in the Shire with a mouthful of chewing tobacco while everyone else sounds like they’re at a mall in Ohio.

And it’s sort of fitting to conclude this review with a look at just how bad Jeff Bridges is in Seventh Son, because it really is a standout (and not in a good way) turn for the one-time Oscar winner. His grizzled-old-coot-who-might-be-stoned schtick is getting so very tired, and he seems to be the only actor in Hollywood desperate to appear much older than he actually is. He is, without a doubt, the worst thing in this really, really terrible movie.

Note: Moviepie’s current configuration requires that a film get at least one slice, but this is – in no uncertain terms – a big, fat NO PIE! movie. 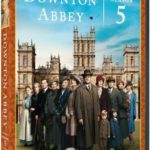 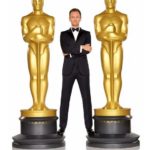