Unfolding like a magical, mystical dream, director Ang Lee’s visually breathtaking adaption of the bestselling Yann Martel novel delivers a cinematic experience that’s as entertaining as it is spiritual.
By Vickieon November 14, 2012
0 Comments
Our Rating 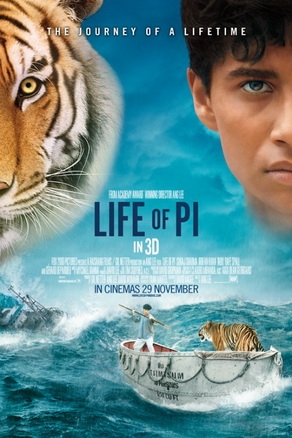 Told in flashbacks, the film follows the journey, both literal and figurative, of its titular character (Suraj Sharma), whose life in India is upended when his father (Adil Hussain) announces he’s moving the family – and a menagerie of zoo animals – across the ocean to Canada. But, no sooner does the freighter leave port than a storm hits, the ship capsizes and Pi is left to fend for himself aboard a life raft that’s also become refuge for a Bengal tiger. How they find a way to co-exist in this most extreme environment (namely, the middle of the ocean), what they do to survive and what transpires as they drift aimlessly, awaiting rescue, is what follows.

Though the idea of a movie set aboard a life raft may seem wildly limited in scope, it’s anything but. Yes, it’s a singular location, but Lee infuses his proceedings with spectacular imagery that veers from surreal to impressionistic, and fills every frame with eye-popping colour – no small feat when you’re dealing with the perpetual dimming that 3D glasses tend to create.

Likewise, the notion of a movie where one of the main characters is a CGI tiger might sound ripe for plenty of “oh, that looks so fake” grumblings, but the effects here are virtually seamless and the filmmakers succeed in turning a digital creation into a living, breathing entity that will no doubt evoke emotion (and plenty of tears) from folks sitting in the theater. [Both Moviepie’s Linda and I openly admit to sobbing on occasion while watching this movie.]

And, as great as the tiger is, Life of Pi is anchored (pun intended) in the stellar performance of young Suraj Sharma, who positively shines in his acting debut. Let’s face it: to hold the attention of  an audience and, more importantly, to engage them when you’re basically the only person onscreen for more than an hour, is decidedly challenging for even a seasoned performer. So, to do it and do it so well in your first film is a hugely impressive feat. The supporting players are equally strong, with Irfan Khan and Tabu – as the older Pi and Pi’s mother, respectively – the standouts.

Life of Pi is one of those rare films that demands to be seen on a big screen, and one that’s more about the overall experience. If you let it sweep over you, I’m fairly certain you’ll leave completely caught up in its magic.

Clocking in at just over an hour, A Filmmaker’s Epic Journey goes into great depth about the production of the film, with interviews with all the major players, from Ang Lee, to the crew, to Suraj Sharma, to Yann Martel, who wrote the “unfilmable” award-winning novel. There is an interview with Steve Callahan himself a survivor of being adrift at sea for 76 days (and not only writing to tell about it, but to be a survival consultant on a film!). Young, first-time actor Suraj even had to be taught to swim for the movie.  I love the idea of Ang Lee and the tiger trainer having deep discussions about their faith and spirituality, and if they believe in God. (There are 23 real tiger shots in the film, FYI.) And it is fascinating to find out that most of the film was made in a huge water tank built next to the runway of an abandoned airport in Taiwan. Other extras include Tiger Tiger Burning Bright (about, yes, Richard Parker!), A Remarkable Vision (about the special effects), a gallery, and storyboards. 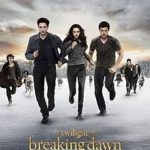