The last time audiences saw Wolverine (Hugh Jackman), he was stuck in 2006’s decidedly meh X-Men: The Last Stand. He’s back – having lost the excess baggage of his superheroic former onscreen co-horts – but unfortunately this newest offering in the mutant franchise is basically as mediocre as his last outing. Not terrible, but not really worth all the hoopla surrounding its release.
By Pie Pal Vickieon July 24, 2013
0 Comments
Our Rating 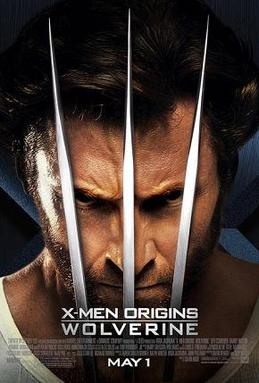 Chronicling, as the title makes clear, the “origins” of Logan/Wolverine and his long-standing love/hate relationship with his increasingly ferocious brother, Victor “Sabretooth” Creed (Liev Schreiber), the film covers all the mythological bases. How the fellas came to discover their abilities. What they did with them from the 1840s through almost-present day. How they came to know Colonel William Stryker (Danny Huston) and the “Weapon X” program. How one (Wolverine) wound up a good guy, and the other grew ferociously obsessed with the blood lust of the proverbial dark side.

And, most importantly, how Logan went from lumberjack – albeit with “claws” made of bone (eww) that emerge when stressed – in the Canadian Rockies to a rogue outsider with an indestructible metal alloy bonded to his entire skeleton.

Along the way, audiences are introduced (or re-introduced, depending on their level of comic-book savvy) to an array of supplementary mutants, including teleporter Wraith (will.i.am); sword-swinger Wade Wilson (Ryan Reynolds); hulking Fred “The Blob” Dukes (Kevin Durand); electrically charged Chris “Bolt” Bradley (Dominic Monaghan); and eagle-eyed sharpshooter Agent Zero (Daniel Henney). Oh, and the inexplicably bland Kayla Silverfox (Lynn Collins), who’s Logan’s beloved and meant to be the catalyst for much of the action, but who, in my opinion, is exceedingly bland and chemistry-less opposite her leading man.

Laden with lazy writing that drags out clichéd phrase after clichéd phrase – seriously, the line “you don’t write, you don’t call…” should be permanently retired from screenplays, especially if it’s delivered between characters who hate each other – the story kind of plods along, checking off plots points from a list. Which is fine, given the nature of the film and the explanations needed, but it doesn’t make for a very compelling cinematic experience. And the whole Wolverine vs. Sabretooth chase/battle/chase/battle loops kind of gets old after a while.

The special effects are decent, but not remarkable, and the seeds are very clearly planted for an entire Wolverine franchise of films to come. Thankfully, this movie’s best asset is the one on which the whole empire hangs – Jackman is an engaging screen presence and, if nothing else, Wolverine gives him a chance to strut. 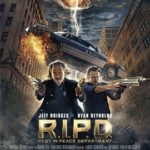 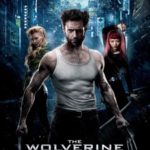