Here’s what’s interesting about this biopic about Danish landscape painter – and one of the first known MTF surgical patients – Einar Wegener: upon closer examination, the film actually works much better if you view it as a biographical drama about his wife, Gerda. Because in it, Eddie Redmayne is good but Alicia Vikander is great.
By Vickieon July 12, 2016
0 Comments
Our Rating 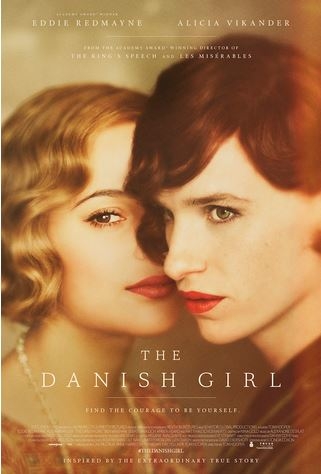 Redmayne stars as Wegener, who’s madly in love with his painter wife (Vikander) but who finds himself drawn, at first, to women’s clothes then, gradually, masquerading as a woman and calling himself Lili. What begins as folly quickly becomes something more all-consuming for Einar, as he disappears further and further into the Lili persona. Gerda, meanwhile, is left to ride a roller coaster of emotion – curiosity, concern, fear and grief, among myriad shades in between – but never stops loving and supporting her husband through it all.

Director Tom Hooper crafts a gorgeous film, with countless painting-esque tableaus and landscapes that mimic his subjects’ work and those of other masters. There’s no question the film’s art direction and costume design will snag a few awards nods soon, but the real revelation is Vikander’s stellar work in the face of a much more obvious Oscar-bait-y performance from her co-star.

While Redmayne ticks all the boxes in his portrayal of Einar/Lili, there’s also something strangely ordinary about it. He, of course, benefits from the added accoutrements his character’s physical transformation entail – he gets the wig, the make-up, the dresses and the scarves to help shore up his performance and build his onscreen persona. As a result, though, for a while it feels as though Einar’s desire to become a woman is superficial rather than a deep desire woven into the very fabric of his being.

Vikander, on the other hand, has nothing but her naked emotion with which to shape a multi- faceted, three-dimensional, engaging character – and she easily pulls it off. Gerda is fascinating, and her arc is, in my opinion, far more compelling. Here’s a young woman, head over heels for her young husband, who’s torn between loving him and losing him, and who must repeatedly straddle that line as she watches him literally become someone else… but someone she nonetheless loves. Vikander’s performance is honest and genuine and heartbreaking, and is the real reason to see this nomination-bound drama this season.