What happens when you bully the weird kid who wants desperately to fit in? They grow up. And if you’ve worn them down enough, chances are they’re carrying around a lot of damage on top of whatever made them weird in the first place. If you think this is not your problem, you should probably watch Ma.
By Jenniferon September 16, 2019
0 Comments
Our Rating 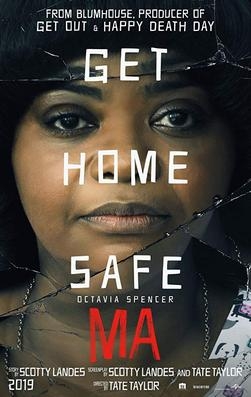 Sue Ann (Octavia Spencer) is an unassuming woman who works as a vet tech in the town where she grew up. When a group of teenagers asks her to buy them alcohol, she tries to go on her way like any sensible adult. When they persist, she complies, and in that one act of compliance, she sees her in. She may not have been part of the in crowd (or any crowd) when she was in high school, but now she can legally buy booze AND she’s got her own digs, which pretty much makes her the coolest 40-something teenager of all time. Recognizing her power, Ma invites the kids to hang in her basement, ostensibly providing them a safe environment to party. The one thing they need to watch out for is her.

At first it seems as though Ma is a bit of an oddball, but otherwise totally cool. She essentially befriends the teens, providing snacks, liquor, music, and occasionally busting a move on the makeshift dance floor, but then it gets weird. There are the obsessive texts, the times when Sue Ann is more interested in partying than the kids are, and the fact that she went to school with their parents. She seems to know a lot more about the teens than they’ve told her, but they assume one of them got loose lipped while hammered and shrug it off. This is not the first time Sue Ann has been underestimated and dismissed.

Through flashbacks, we learn that Sue Ann was the victim of a horrible prank in high school, humiliating enough to percolate in one’s memory every day for a lifetime and witnessed by all the prominent members of her class. In this light, Ma isn’t so much a horror movie as it is a parable about bullying. Dark humor and a heightened sense of reality (in combination with the horrifying events that eventually unfold) root the film in the horror genre and add a sense of fun, but a shift in tone and a deeper examination of the issues presented could have landed this film firmly in the drama section. Occasionally we get glimpses of a backstory that seems to have been edited or compressed, and parts of the plot aren’t as developed as they could be (wait til you see what Sue Ann has upstairs). However, these brief insights into Sue Ann’s past allow us to see how an ordinary person becomes a monster without making the movie any less entertaining.

Extra features on the Blu-ray + DVD + Digital Code edition include an Alternate Ending, Deleted Scenes, the Theatrical Trailer, and the featurettes “Creating Sue Ann” and “Party at Ma’s”. 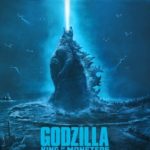 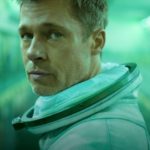