It is truly a fascinating story: violent, heartbreaking, and inspiring. And true!
By Lindaon September 23, 2012
0 Comments
Our Rating 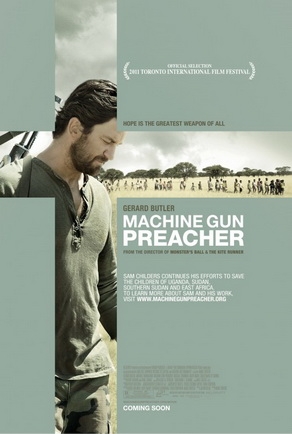 If Machine Gun Preacher weren’t based on a true story, it would seem to be a typical made-for-Hollywood plot. Gerard Butler plays Sam Childers who, at the beginning of the film, is being released from prison. His woman Lynn (Michelle Monaghan) picks him up at the front of the gates, and before heading home, they have sex in the front seat of their beater car. By the time they get back to the trailer, where they live with their young daughter, Sam is already in a cranky mood and heading for a fix.

The film doesn’t blink as it portrays Childers as a hot-button, drug-addicted, violent asshole. While he was in prison, his lady says she has become a Christian and quit stripping. Sam flips out and basically tells her to get back on the stripper pole and she refuses. It takes some bad trips, and one truly horrific night where he and his buddy Donnie (Michael Shannon) go on a wild drug ride and literally come home with blood on their hands, that Sam realizes he needs help.

For Sam, help arrives in the form of the church. The scene where Sam reluctantly goes and gets baptized is actually quite believable. He doesn’t instantly see the light and become good. It is truly a struggle at the beginning. But when a storm comes and destroys the family’s trailer, and his carpentry skills become in great demand to rebuild the community, things truly start changing.

One of the changes involves hearing about orphans in Uganda and the Sudan. With his new outlook on using his skills to help people, Sam suddenly says, “Heck, I’ll go to Africa to help build orphanages!” His family is a little alarmed, yet supported, so Childers goes on an eye-opening excursion to help in one of the most violent parts of the world. He comes back truly a changed man, a man with a mission. As he finds himself returning over and over to Southern Sudan, where villages are wiped out and children are kidnapped to turn into child-soldiers, Sam finds that his knack for helping (and for preaching) come in handy. Because of his past, it doesn’t take him long to realize that sometimes violence can only be answered with violence, and he becomes known as the almost god-like “Machine Gun Preacher”.

Like I said, if it weren’t a true story, it would almost seem made up. You’ve got a biker-thug-turned-Christian-preacher who is helping out the poor orphans in Africa, fighting the bad guys with rocket launchers and machine guns. Crazy. But the film even acknowledges that a lot of people aren’t comfortable with his methods, even though, for the most part, they are effective. Childers’ conversion to Christianity actually makes him a better family man (by making his buck up and take care of his wife and daughter) and a worse family man (by following his mission to help others, he is never home).

It is truly a fascinating story: violent, heartbreaking, and inspiring. And true! Over the closing credits, there are images of the real Sam Childers, and he does look like a badass. Shoot, he could probably take down even Gerard Butler, and that is saying a lot! No wonder the kids appreciate having him on their side. 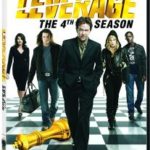 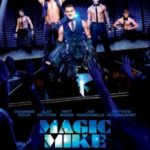