Ironically, reigning in Mr. Selfridge himself makes for a better show.
By Lindaon April 29, 2014
0 Comments
Our Rating 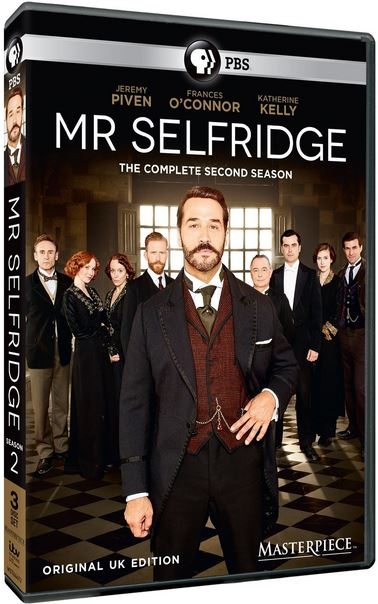 In Season Two of the series, it is as though some stage hand gently tapped Piven on the shoulder and begged him to tone it down just a tad. As though the show’s creators knew that they needed to freshen things up from the super-soapy first series, the second season jumps forward five years. It is now 1914, and Selfridges, the department store, is thriving. Harry Gordon Selfridge’s wife Rose (Frances O’Connor) has returned from America, where apparently she had fled for a few years because she was tired of his philandering. They both return to their marriage with a new attitude. Harry’s is to give Rose puppy eyes in every other scene and say adoringly, “I love you, Rose…” while Rose, shirks him and goes partying with her new racy friend Delphine Day (Polly Walker).

Meanwhile, saucy Lady Mae’s (Katherine Kelly’s’) douchebag husband, Lord Loxley (Aidan McArdle, who seems to have picked up the art of loathsome sneering from Downton Abbey‘s Thomas) has returned to make his wife’s life hell. Turns out the rich don’t necessarily have a bottomless vat of money… except that they kind of do. On a bad day, you can still wear your slumming jewels when stepping on the pride of peasants in your wake.

And lovely Agnes Towler (Aisling Loftus, the heart and soul of the show, and they know it), has returned from art school training in Paris, to return to mixed emotions about seeing Victor again. But what about that hottie Henri, who supposedly went off to America? Oh, the drama!

One of the things that bumps up the storytelling Mr. Selfridge in Season Two is the inherent drama of World War I beginning. There is a moment where young men employed at the store proudly march through the floor’s displays in formation, ready to sign up to volunteer to fight. They are the pride and joy of everyone at the store, but the scene has a truly moving feeling of sadness in hindsight, knowing how bloody and awful that war was. The war also brings interesting plotlines to the mix, including what to do when a large chunk of your staff leaves to fight, how to inspire people to continue shopping, and what role that Harry Selfridge, as an American, can do to help the cause in his adopted country.

Mr. Selfridge feeds our continual pop-culture fascination with the early 1900s and the end of the Edwardian era, when war and social change forced society into a more modern era. This show in particular may not be as juicy as some other popular soaps, but in its second season, it seems to be shaking out its kinks and hitting its stride. 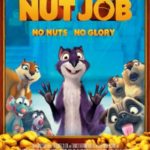