Jan 5, 2013 — The National Society of Film Critics, made of 60 of the country’s most prominent writers on film, today voted Michael Haneke’s “Amour” the best film of 2012. A full list of the other awards follows, with the winner designated by an asterisk and the first and second runners up listed with the number of votes each received.

The award for best experimental film was given to Jafar Panahi’s “This Is Not a Film,” from Iran. Film Heritage Awards were given to Laurence Kardish, Senior Film Curator at MoMA, for his extraordinary 44 years of service, including this year’s Weimar Cinema retrospective, and to Milestone Film and Video for their ongoing Shirley Clarke project. 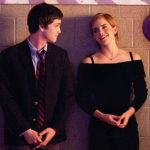